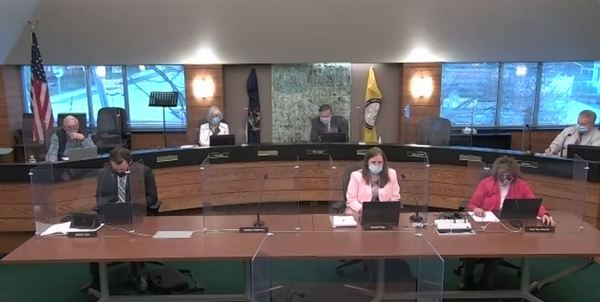 
The Livingston County Board of Commissioners has officially amended its rules to allow for hybrid meetings moving forward.

At Tuesday’s meeting, the Board made the accommodation by passing a resolution updating their 2021 Board Rules. This came about in fairly short order, being discussed, drafted, introduced, and passed just 15 days after electing to rescind a state of emergency that they felt the county wasn’t under. As that decision was being made, there was still consensus in hybrid meetings being a valuable tool for conducting business.

Board Chair Wes Nakagiri authored the resolution which sets the Board’s vision of their meeting location as being one that has both a physical and virtual aspect. He said people can participate either way and get the full experience. Nakagiri encouraged people who wanted to come in person to arrive early as capacity is limited by state orders. He noted they will always have the Zoom Overflow room set up. Nakagiri said he feels this offers the best to all worlds for providing transparency to Livingston County residents.

The County has used this setup throughout April, and will now continue to move forward with it officially in place. Commissioner Doug Helzerman took advantage of it, Tuesday, participating at home as he said he was feeling sick, while the rest of the Board was in chambers, petitioned apart and wearing masks.

Meetings have kept the same flow as they had pre-pandemic and through it, with in-person attendees asked first to speak during public comment with Zoom participants immediately following. At at least Tuesday’s meeting and last week’s General Government Committee meeting, several residents did attend in person to take advantage of the opportunity. Both times the Zoom Overflow room was set up but wasn’t needed.

The resolution amending the rules passed 7-1 with Jay Gross dissenting and Kate Lawrence being absent.