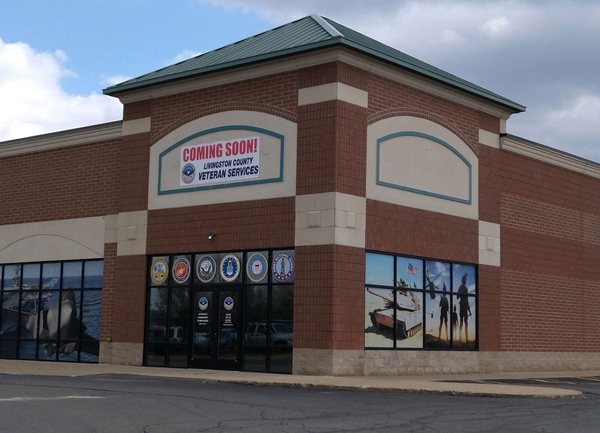 
Livingston County officials have approved a contractor that will help put Veterans Services into a new headquarters.

It’s been a long and winding road for Veterans’ Services staff over the past couple of years as multiple locations they had been targeting for a new home had fallen through for various reasons. The search for a new location that will give them the space they have been short on in the county’s East Complex building appears to be finally at an end. Their new headquarters will be in the same business plaza as the Secretary of State office, off of Grand River in Genoa Township.

At last week’s hybrid meeting of the Livingston County Board of Commissioners, commissioners approved Heaney General Contractors to build out the office for $467,600 including contingencies. Veterans Services received 4 bids for the project with Heaney’s being the lowest, coming in roughly $7,000 less than the next least expensive.

The contract was originally part of the Board’s consent agenda, but Commissioner Jay Drick asked that it be pulled for discussion with Veterans Services Director Mary Durst. Drick questioned a line item for appliances that included a $3,000 washer and dryer. With less expensive models on the market, he suggested that what Durst had picked out was a luxury model.

Durst said that was the only model she could get in time for a grant that was ventless, and that having a new one brought in that required ventwork would negate any savings. An issue came up, however, in that the model they went with was delayed and didn’t arrive in time to be included with the grant. Durst said they have savings coming up thanks to customer service software that she was planning to ask to be used towards this.

Durst also said she respectfully disagreed and that having clean clothes isn’t a luxury, particularly to a veteran in need. She said this service is an excuse for a veteran to come in and hang out with other veterans, meet with staff, and have social and emotional needs met.

Durst said this was part of their efforts at going beyond what many counties do for their veterans. Commissioner Doug Helzerman said he felt this was a “cutting edge sort of thing,” and an advantage of having a female director who might think of these things.

Drick voted in favor, as he said, “for good reasons,” along with the rest of the Board of Commissioners, unanimously.

Once work has begun, it is expected to take around 90 days, with Durst anticipating the office moving in this September.