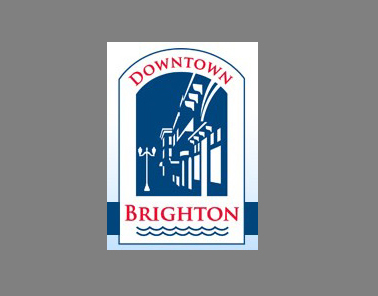 The PSD was created in 2006 to promote economic activity and marketing of the downtown. However, it has not collected any special assessment revenues since 2017 and there is a sunset clause for it to dissolve this November. At the last meeting, Council voted 6-1 to have staff bring forward a resolution to dissolve the PSD. Manager Nate Geinzer said staff did their best to characterize comments and conversations had over the years. The City is facing budget challenges like many other municipalities and it was noted nothing is budgeted toward the cost – meaning general fund revenues go toward staff time, their attending meetings and keeping minutes and answering FOIA requests. Some members supported a broader look at economic development from a more comprehensive city-wide approach, while others questioned the urgency to disband and felt the resolution was rushed.

Members Renee Pettengill, Kristoffer Tobbe and Jim Bohn all voted against the resolution, questioning the urgency and the way it was brought to Council. Pettengill commented she didn’t understand the urgency and questioned why not just let it continue and sunset in November or give the PSD board a chance to reinvent themselves and come up with funding. Bohn also didn’t see any absolute urgency to disband and said that given issues businesses face, there could be big need for marketing in the downtown area. Tobbe said the PSD has been working for many years to make the town marketable and make it a destination and didn’t feel now was time to pull the plug. He said it’s been a success with and without funding and argued it’s not a tax but a special assessment. Tobbe said he was disappointed in the way the resolution came to Council and felt it “cooked and booked” before it got to the table.

As for members who supported dissolving the PSD, Mayor Shawn Pipoly commented they haven’t heard any reports, ideas or plans for the future and the PSD has basically been dormant, adding he has heard from businesses that are opposed to keeping it going. Councilman Jim Muzzin noted the PSD board can continue to meet and come up with ideas as other different stakeholder groups do but felt like having five more months of expenses and staff time was a waste of funds. He further questioned any future SAD getting passed and said he couldn’t support taxing business after COVID-19. Mayor Pro-Tem Susan Gardner commented there is support for alternate means of supporting the DDA district as a whole but the mechanism of the PSD tax has served its purpose and perhaps it’s time to move on and take a different approach or kick off a new effort to serve a wider areas of businesses and people. Councilman John Emaus stated the promotion of Brighton is important but felt the vehicle is wrong and they need to have flexibility and mechanisms to advertise for the whole city. Emaus stated the PSD is a carved out statute that allows them to create a limited small district within the City and tax businesses in that district for the direct benefit of those businesses. He said he failed to see the equal treatment of businesses across from each other on the same street and taxing one to benefit all but ignoring other parts of the City. He commented they’re taxing a small handful of businesses for the advertising benefit of all businesses around them and not treating commercial establishments equally – stressing Council needs to think of the whole city, not just the downtown.

PSD Board Chairman Mark Binkley had urged Council to postpone the decision - commenting that everyone likes the benefits but no one want to pay for it and disputed assertions that no plans have been presented. Binkley said they were before Council before but no action was taken and in February, Council indicated discussions would resume after the budget process but now it just got dissolved. Binkley said he was flabbergasted, sad and disappointed and hopes Council can come up with magic money for marketing somewhere – adding they’ve done a big disservice to small businesses along Main Street and Grand River.

Staff noted that the DDA has been having conversations about increasing community promotion budget items as well working on a new vision and those will continue, possibly as early as June. The resolution that was approved is attached.