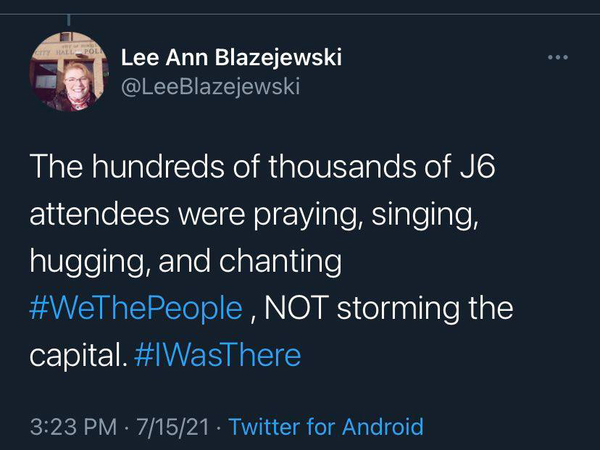 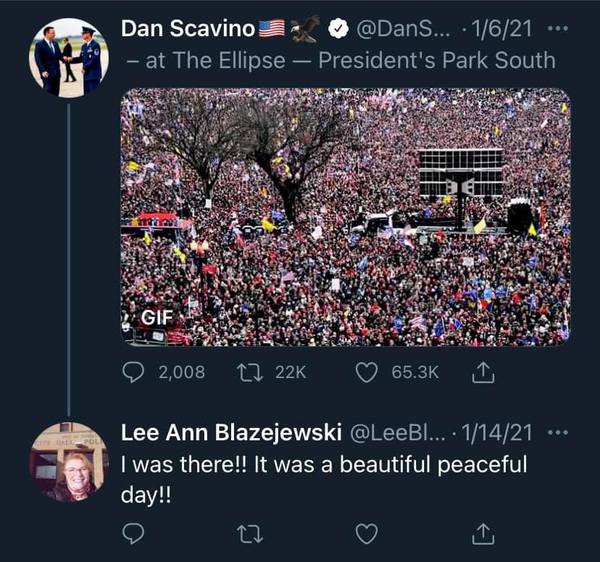 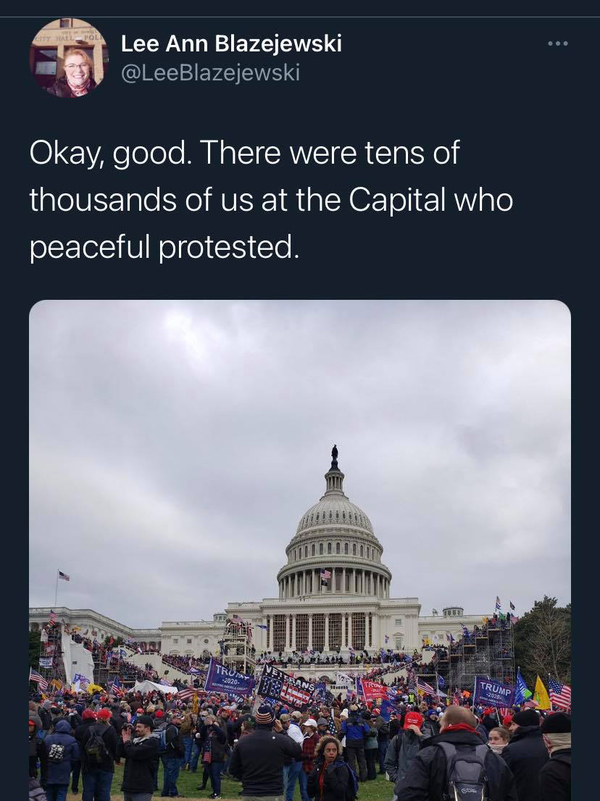 
Questions are being raised about a candidate for a local city council seat, who says she was present in Washington D.C. on January 6th when the Capitol building was stormed by hundreds of Donald Trump supporters following his false claims that the election had been "stolen".

Lee Ann Blazejewski is running for a seat on the Howell City Council and is one of eight candidates on the August 3rd primary ballot. However, a July 15th Tweet by Blazejewski has drawn attention in which she said she was in the nation's capital on January 6th in which, “the hundreds of thousands…of attendees were praying, singing, hugging and chanting…NOT storming the capitol.” She then ends with the hashtag #IWasThere.

Blazejewski previously Tweeted on January 14th, a little more than a week after the Capitol Riot that resulted in five deaths and over one hundred police officers injured, saying “I was there!! It was a beautiful peaceful day!!”

While nothing in any of the tweets suggests that Blazejewski actually entered the Capitol building, her description of the day as “peaceful” has prompted questions about her position on the riot, in which supporters of the former President tried to disrupt the Electoral College vote taking place inside, which made official Joe Biden’s win the previous November.

A request for comment by WHMI to Blazejewski was not returned.