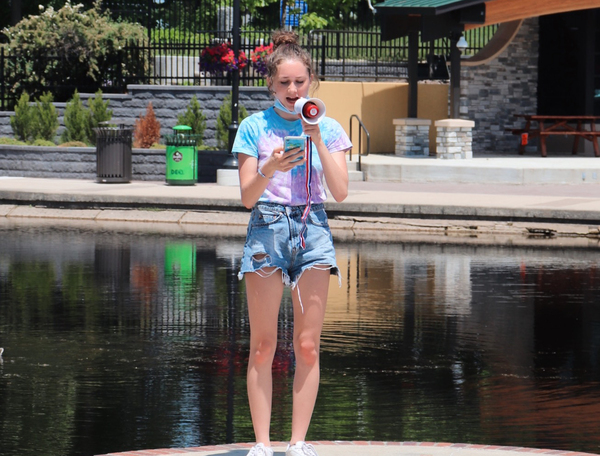 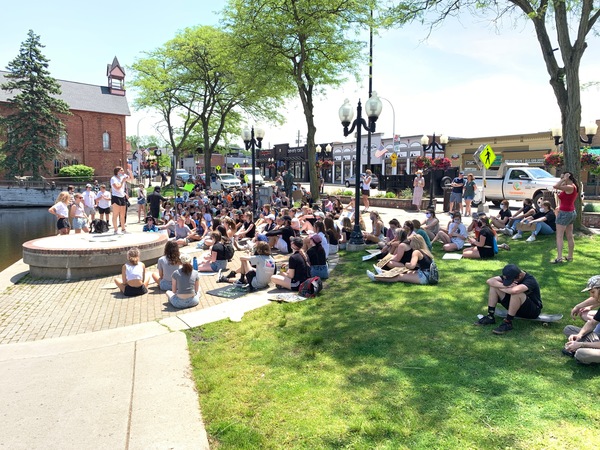 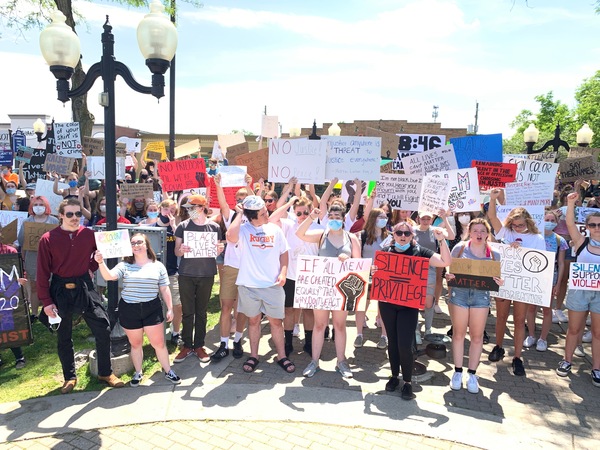 
An incident last week during a student protest in Brighton has led to the firing of a cook from a downtown restaurant.

On Thursday, June 4th, about 150 students from Brighton Area Schools gathered at Brighton High School and marched to the Mill Pond in protest against police brutality following the killing of George Floyd by Minneapolis Police. The students carried signs aligned with the Black Lives Matter movement and shouted slogans like, “No Justice, No Peace” and “Say his name…George Floyd.” But as the group passed by the Buon Gusto Italian restaurant on Main Street, an employee came outside carrying a sign that said “You aren’t helping” and yelling angrily at the students.

Several students felt the actions were inappropriate enough that they contacted the restaurant to complain. One of them was Kat Young, who just finished her junior year at Brighton High School. She tells WHMI that the man’s angry reaction was a surprise to many of them, as they were protesting against racial injustice. But she felt it is important that the community knows these attitudes are present and not be complacent into thinking it’s not a problem. "I think its good to just raise awareness of it here because I think since a lot of us here in Brighton are white we do have the privilege to ignore this. I think we need to talk about it and we need to make people aware that it is happening so they don't just go about their lives blindly to it and that they don't just continue to ignore it when it is an actual issue that's happening, because even if doesn't directly affect us we still need to be thinking about it and doing all that we can to help."

Young said she was impressed with the immediate action taken by Buon Gusto owner Fran York after she contacted her concerning the incident. York tells WHMI that she was shocked to learn an employee of hers had acted so inappropriately and that there was no question in her mind what had to be done. "Immediately after I got off the phone with her I went in and said (to the cook) 'Why would you do that? That was terrible. You gotta go. You're fired, leave.'"

York said that firing the cook actually set her back in efforts to reopen the restaurant this week, but doing the right thing had to take precedent. She says she hopes to get Buon Gusto reopened to the public sometime in the next week to ten days.