Concert To Raise Funds In Memory Of Hartland Teen 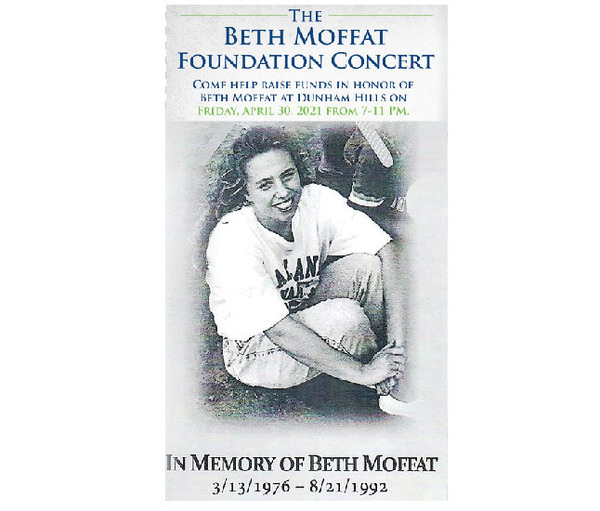 
A fundraising concert is planned later this month to benefit a foundation formed in memory of a Livingston County teen.

Beth Moffat of Hartland Township was just 16 when she died in a tragic car accident in 1992. A scholarship fund in her memory has hosted an annual golf outing to raise money that has assisted almost 30 young women to attend college through the years. Beth’s brother, Doug Moffat, says because Beth was on her way to a college softball career at the time of her passing, their focus has been on helping female student-athletes at Hartland High School.

But he told WHMI's Mike & Jon in the Morning that he has always wanted to add a concert to that event as his sister was also a big music fan. This year that dream is coming true with a special fundraising performance on Friday, April 30th at the Dunham Hills Golf Course in Hartland. It will feature the Old Americana Band staring Franc West from The Voice; Kayla Reeves, lead singer of The TranSiberian Orchestra; and several Nashville stars.

Proceeds will be donated to the Beth Moffat Memorial Foundation to grant a Hartland graduating female athlete a 4-year scholarship. The goal is to raise $10,000 to increase the foundation’s endowment.

The concert became a reality this year when Francesco Viola, a childhood friend of Beth’s, reconnected and asked to help raise money for the foundation. His company, the Luca Mariano Distillery, is helping to sponsor the band and fundraising party. Tickets are $45 each, which includes a concert ticket, one Luca Mariano drink, and appetizers. There is also a $115 VIP ticket that adds in a Beth Moffat 20th Anniversary t-shirt and a commemorative bottle of Luca Mariano Single Barrel Kentucky Straight Bourbon Whiskey.