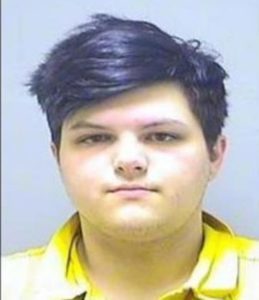 A mental exam has been ordered for a Grand Blanc man charged with videotaping coworkers at a Fenton restaurant.

20-year-old Eric Andrews is facing 16 counts, including child sexually abusive activity, using a computer to commit a crime, possession child sexually abusive material and capturing or distributing images of an unclothed person. Police say he recorded coworkers in the employee bathroom at the Tim Horton's on Silver Lake Road in Fenton over a two year period.

At a preliminary exam Thursday in 67th District Court in Fenton, his attorney requested a competency exam for his client, which was granted. The Michigan State Police Computer Crimes Unit launched the investigation into Andrews. Searches of his electronic devices brought up recordings dating back to 2016. Investigators believe many of the victims in the case didn't know they had been videotaped until authorities contacted them. Four employees at the Tim Hortons were identified on the recordings, two of whom are minors.

Police are still trying to identify more people who appear in the videos. Genesee County Prosecutor David Leyton said Andrews also may have set up cameras inside bathrooms in people's homes. Investigators are working to also identify those victims. (JK)