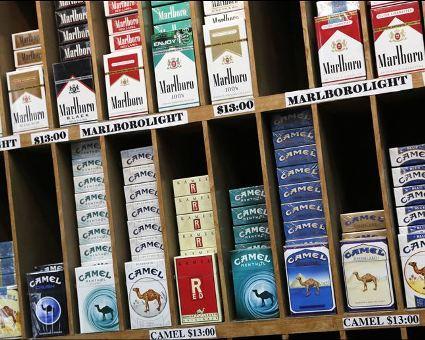 A local anti-drug coalition is voicing support for a policy being implemented by some businesses that requires customers to be at least 21 years old in order to buy tobacco products in its stores.

“Tobacco 21” is a national campaign aimed at raising the minimum legal age for tobacco and nicotine sales in the United States to 21. Earlier this year Walgreens announced it would be implementing the age-restrictive chain-wide policy, which went into effect September 1st. Rite-Aid and Walmart also implemented the policy earlier this year, while CVS stores have banned tobacco sales as a whole.

The Livingston County Community Alliance, a coalition that works to reduce and prevent youth substance use, is backing the policy and businesses’ decision to adopt it, according to Community Alliance Coordinator Megan Palmer. Palmer, who is the coalition’s Director of Prevention Services, says youth will always attempt to access tobacco and other substances, but feels businesses are doing their part to help reduce that access adding, "They are contributing to increasing those protective factors that reduce the likelihood that youth will use."

Palmer says one of the takeaways from increasing the age requirement to 21 is that it will also reduce the likelihood that young people will have access to tobacco products because adolescents are more likely to obtain them from social sources. An 18-year-old may still be in high school or have friends that are, but Palmer says 21-year-olds are less likely to be hanging out with that demographic, thus helping to keep tobacco out of social circles of those in the K-12 school environment.

Palmer says raising the sales age for tobacco products, which is aligned with the minimum age of legal access to alcohol, is a common sense public health policy that will simplify identification checks for retailers who often sell both tobacco and alcohol. Palmer tells WHMI there’s a level of maturity and brain development that contributes to an individual’s consideration of a decision that could affect them for the rest of their life. She says, "What I think what people don't really realize is that tobacco use is a pediatric disease because some people start using when they're under 18 and they're still considered user children. If people start smoking when they're under 18, that's a decision that impacts their life and their health and the other choices they make."

Palmer also states that it’s been shown that those using vaping products will transition to using traditional tobacco products, so postponing the age of legal purchase to 21 will also aid in reducing addiction. Michigan last week became the first state in the nation to ban flavored nicotine vaping products, following a finding that youth vaping constitutes a public health emergency. More information about Tobacco 21 can be found at the link posted below. (DK)