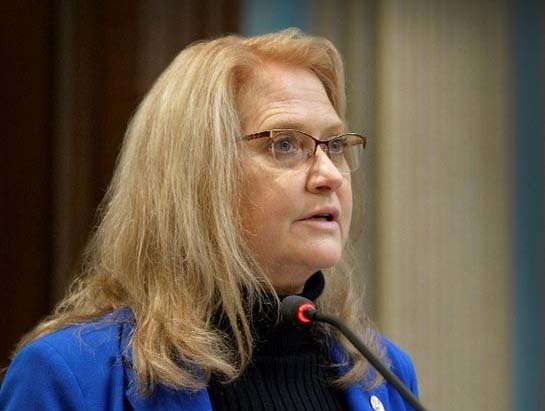 
A Senate committee has approved a pair of bills sponsored by a local lawmaker that would place limits on schools and health departments to require students wear masks.

State Senator Lana Theis of Brighton Township sponsored two of four bills that passed through the Senate Education and Career Readiness Committee on Tuesday. She is chair of that committee.

The Brighton Township Republican said, in a release, that “Children belong to their parents- not the state and not a school.” “As such, it’s a parent’s right to determine their health care” which “includes whether their student receives a COVID-19 vaccine or wears a face mask.” Theis continued, saying that no student should be discriminated against or punished for not having a vaccine or wearing a mask.

In the pack of bills, Senate Bill 600 prevents Michigan school districts from requiring vaccines that have only been authorized under emergency use for students attending school or anyone attending school board meetings. SB 601 allows students to receive waivers from wearing a face mask and prohibits testing asymptomatic students for riding a bus or entering a school. SB 602 extends these prohibitions, preventing the state health department from requiring those actions, with SB 603 doing the same for local health departments.

One of the two Democrats who sit on the committee, Erika Geiss of Taylor, walked out of the hearing about 20 minutes after it began, calling it a “farce”. No one testified against the Republican-backed bills, which now advance to the full Senate for consideration.

However, they are expected to be vetoed if they reach Democratic Governor Gretchen Whitmer’s desk. Whitmer has declined to support a statewide school mask mandate for the current school year, but has voiced strong support for the authority of local officials to do so.