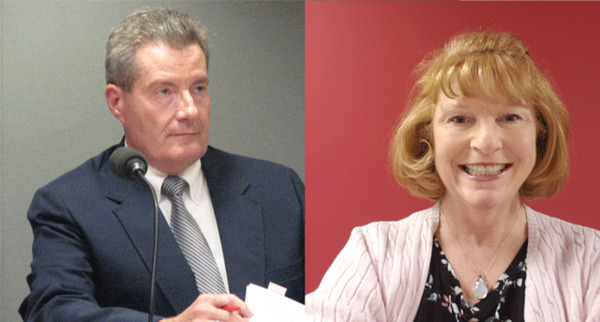 The Livingston County Board of Commissioners was split on their decision for filling an open seat, and will reconsider two candidates at their next meeting.

Commissioners interviewed 4 candidates at their Finance Committee meeting this morning, aiming to fill the open District 5 seat that was recently vacated by Don Parker. The Board has until March 13th to fill the seat and avoid a special election that wouldn’t take place until August at the earliest, but November at the likeliest.

Candidates were asked the same 8 questions that explored areas like their knowledge of the position, what issues they see facing the county, and what programs and services would they retain if major funding reductions were needed. At their regularly scheduled Board meeting that immediately followed the Finance Committee meeting, two motions were made to nominate a candidate; former Commissioner and Howell attorney Jay Drick, and clinical nurse manager Lee Ann Blazejewski.

Commissioner Bob Bezotte made the motion for Drick, feeling he was a natural fit for filling Parker’s seat, having experience on the board and legal experience, like Parker.

Commissioner Kate Lawrence nominated Blazejewski, saying she liked her energy, her background, and believes she will bring new ideas to the table. Following the nomination process, votes were taken for both, with Commissioners being split 4-4. Bezotte, Doug Helzerman, Wes Nakagiri, and William Green voted for Drick. Lawrence, Carol Griffith, Dennis Dolan, and Gary Childs supported Balzejewski.

The Board took an option from their legal counsel to reconsider the nominees at their meeting Monday night, instead of during the same meeting. A candidate being reconsidered the first time still only requires a majority vote to be appointed to the seat. If they are put up for a second reconsideration, a 2/3 majority is required.