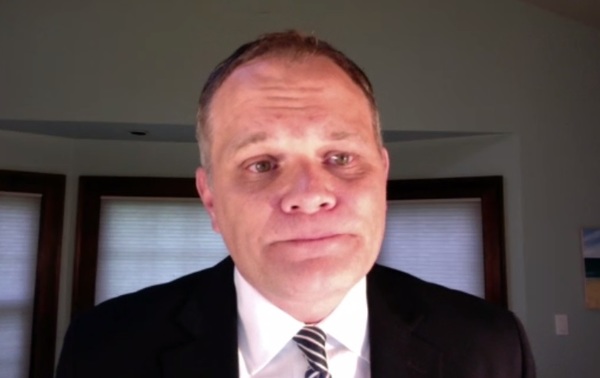 
The Livingston County Board of Commissioners has made their choice for County Administrator.

Commissioners selected Adrian City Administrator Nathan Burd as their choice to fill the position that was vacated last year after Ken Hinton’s sudden passing. The Board began the process in December and received 119 applications, before narrowing it down to the final 2 who interviewed over Zoom, yesterday. Interviewing against Burd was former 5th District Commissioner Don Parker. The Board, following nearly hour-long interviews with each, preferred Burd’s managerial experience, lower asking price, and earlier availability. Parker asked for a salary of $150,000 and couldn’t start full-time until October 1st- though he said he would make himself available pro-bono as much as he could until then. Burd was asking in the high $120,000s to low $130,000s range, and could start after giving 60 days notice to the City of Adrian.

There were concerns about Burd and how he hasn’t stayed in jobs for long periods of time. 10 years ago he was elected to City Council in Reynoldsberg, Ohio, and then took over as their Director of Public Services. He then worked as Administrator and Clerk for the Village of Wolverine Lake, before landing the Administrator position in Adrian. Burd said Livingston County would be the pinnacle and his previous jobs had all been “climbing the ladder” to this.

He was asked about what he sees his biggest challenge being in Livingston County, and he said it is the uncertainty of the budget in this age of COVID-19. While commending Commissioners for their budget book and 5 years of projected revenues, he said that with the COVID-19 situation going on, the reality is that it won’t look like it looks like now. Without knowing the extent of the fallout, he said its likely going to be more serious than it’s been in recent years. Burd said his challenge is to come in, look at the numbers, and find out what might be a more realistic projection moving forward.

Commissioner Kate Lawrence made the nomination for Burd that was seconded by Commissioner Gary Childs. The Board voted unanimously in favor of the motion, and will now enter contract negotiations.