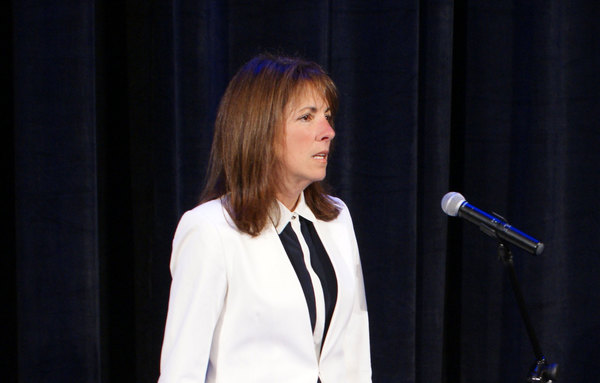 The commission in charge of overseeing the state’s judicial branch is recommending that suspended Judge Theresa Brennan be permanently removed from the bench.

In an opinion released today, the Michigan Judicial Tenure Commission said that based on the “preponderance of the evidence” gathered during its hearing late last year into misconduct allegations against Brennan, it is recommending that the Michigan Supreme Court remove her from the, “office of judge of the 53rd District Court on the basis of her judicial misconduct.” Brennan is currently suspended with pay. It also recommends that she pay costs, fees and expenses in the amount of $35,570.76, “based on her intentional misrepresentations and misleading statements made to the Commission.”

In making the recommendations, the Commission cited several instances of misconduct, including failing to disclose relevant facts regarding her relationship with former State Police Detective Sean Furlong, who served as the chief prosecution witness in the 2013 murder trial of Jerome Kowalski over which Brennan presided and resulted in Kowalski’s conviction and life sentence. That conviction has since been vacated due to the revelation of the improper relationship as Kowalski seeks a new trial. In fact, a status conference in that matter is set this afternoon in Shiawassee County.

The Commission also cited Brennan’s failure to disclose her relationship with an attorney representing a litigant in a case before her, failing to immediately recuse herself from her own divorce case, tampering with evidence in her own divorce case and lying under oath.

In making the recommendation for her removal, the Commission requested that "the removal extend through the next judicial term." Lynn Helland, the Executive Director of the JTC tells WHMI that the intent of the provision is to, “prevent Judge Brennan seeking reelection when her current term ends, which is in 2020.” Helland says that within 28 days of today’s release, Brennan can petition the state Supreme Court to modify or reject the recommendation. 21 days after that petition, the JTC must reply with either side having the ability to request oral argument. He says while it is theoretically possible that could happen during the current session of the Michigan Supreme Court, he thinks its “unlikely unless the Court is motivated to hear the case unusually quickly.” Helland says the high court can then accept, modify or reject the recommendation, or send the entire case back for more fact finding or additional analysis.

Meanwhile, Brennan is facing three felony charges brought by the Michigan Attorney General's office, which charged her in December with perjury and tampering with evidence, all related to her divorce case. A preliminary hearing on those charges is scheduled to continue April 25 in Livingston County. (JK)