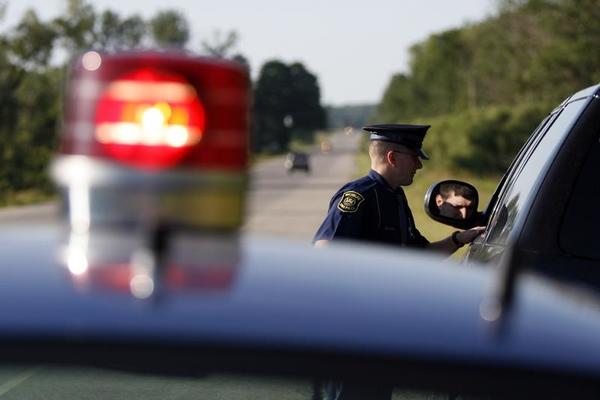 More than 2,100 citations were issued during the fall Click It or Ticket seat belt enforcement campaign.

With Michigan’s October Click It or Ticket enforcement campaign now complete, preliminary reports indicate law enforcement officers from 96 police departments, sheriff offices, and Michigan State Police posts in 36 counties conducted 7,227 traffic stops resulting in 2,108 seat belt and child restraint citations between October 17th and Halloween. In addition to issuing seat belt violations during the Click It or Ticket campaign, officers issued 1,199 speeding citations, made nine alcohol-and-drug-related arrests, and 38 other felony arrests. The Livingston County Sheriff’s Office was among those that took part and received funding to support 64 hours of additional patrols that were conducted in Brighton Township because that’s where they’ve had the most un-belted fatal crashes. The fall campaign resulted in 85 traffic stops and 45 citations for no seatbelt use. In addition, nine speeding citations were issued, one felony arrest and two misdemeanor arrests from the additional enforcement period.

The Click or Ticket effort is funded through federal highway safety grants and coordinated by the Michigan Office of Highway Safety Planning or OHSP. Director Michael L. Prince says the goal is to save lives, not write tickets and motorists need to remember that buckling up is the easiest thing they can do to reduce traffic fatalities and injuries on Michigan roads. He says they urge everyone to remember to buckle up every trip, every time, every passenger.

Seat belt use in Michigan stands at 94.4%, which is higher than the national seat belt use rate of 89.6% in 2018, according to the statistics from the National Highway Traffic Safety Administration. The OHSP says buckling up can reduce the risk of serious injury or death by 45%. In Michigan, 192 people killed in traffic crashes in 2018 were not wearing a seat belt Michigan law requires drivers, front seat passengers, and passengers age 15 and younger in any seating position to be buckled up. Children must be in a car seat or booster seat until they are eight years old or 4’9”. (JM)