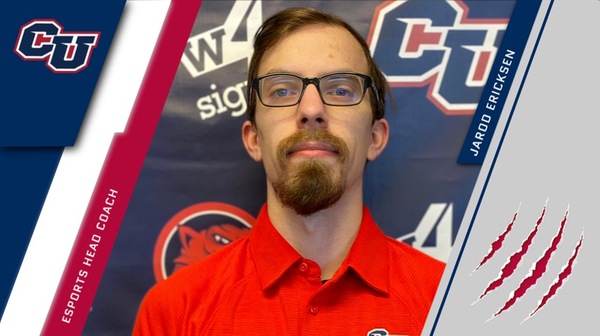 
The newest coach hired by Cleary University says the members of his team may not be athletes in the classic sense of that word, but he’ll put them through paces nonetheless.

Ericksen is no stranger to starting a program from scratch as he was most recently head coach at Waubonsee Community College in Sugar Grove, Illinois. Ericksen was instrumental in building that program as well as the construction of the arena that houses the Chief's program. Cleary University will be dedicating space in the Cleary Commons to build the Esports Arena.

Ericksen says his new full-time position with the Cougars will allow him to fully dedicate himself to constructing the necessary roster and for organizing not only a collegiate-level program, but also opening the facility to other students on campus as well as hosting potential tournaments open to the general public. He says while the majority of gamers are men, esports can be a coed activity and he’s hoping to recruit a diverse roster to Cleary’s team.

In addition to coaching, Ericksen told WHMI's Mike & Jon in the Morning that he is also an accomplished gamer himself. Ranked in the top 1% of players in both Heroes of the Storm and League of Legends, Ericksen had visions of being a professional gamer. "When I realized I had reached my maximum level, I wanted to find avenues where I could share my knowledge and passion," he said. "As a former soccer player, and long-time soccer coach, I believe I have the ability to connect with each player on both a personal and team level. I'm excited to see what we can establish in the very near future."

Eriksen he also plans to use his traditional sports background with the esports team and conduct regular physical warm-ups as well as regular visits with the university's strength and conditioning experts.

The Cougar program will be focused on the games League of Legends, Overwatch, Rocket League, and Hearthstone in their first season. Additional details can be found online at https://clearycougars.com.