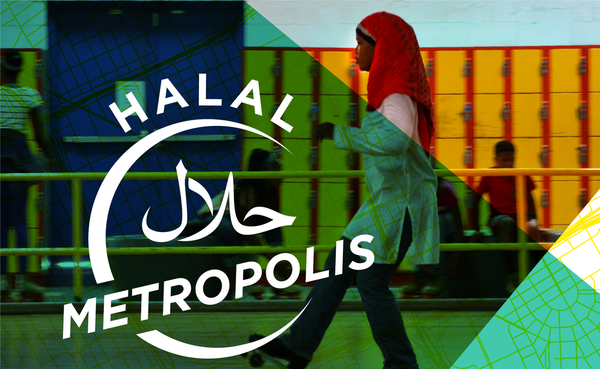 An exhibit that explores the culture of the Muslim population in southeast Michigan is coming to Cleary University later this month.

The Halal Metropolis exhibition series examines Muslim visibility throughout the region outside of the religious lens, and through the lens of art, culture, fashion, music, and sport. It will additionally look at Muslim contributions in economic development, business, and entrepreneurship. The exhibit will be at the Arthur Secunda Museum at Cleary University beginning next Friday, and running through December 20th.

This is the third stop out 6 for the exhibit, which was previously shown in Detroit and Hamtramck. Project Manager Razi Jafri said it is important for them to make stops in all different types of communities across the state. With previous stops in Detroit and Hamtramck, they wanted to go somewhere familiar to the Muslim community. But Jafri said they also want to go to places more unfamiliar, like Livingston County, where he says that he often finds the conversations more interesting.

At each stop along the exhibit tour, different aspects of Muslim visibility will be on display. The focus at Cleary, Jafri says, will be on sports, the community, and media. They will have art, sculptures, and videos; along with materials from Muslim politicians- both successful and not, and sports athletes.

Cleary Program Director Grace Farley said this exhibit is part of the university’s ambition to provide a greater focus on the arts within their business curriculum and provide a bigger look at what the community is about now.

Two special events around the exhibit are scheduled. The Halal Metropolis Exhibition Opening Night event is scheduled for next Friday, from 5-8pm. Part of the program will feature a special performance by Sufi women from a spiritual community in Fenton. Then on November 21st, from 1 to 3pm, there will be a panel discussion on Muslim visibility.

More information on the exhibit can be found online through the link below. You can also hear an interview with Jafri and Farley this Sunday morning at 8:30 on WHMI's Viewpoint. (Photo-halalmetropolis.org) (MK)