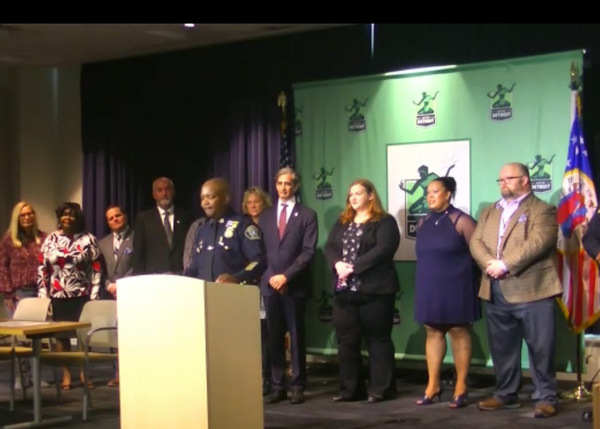 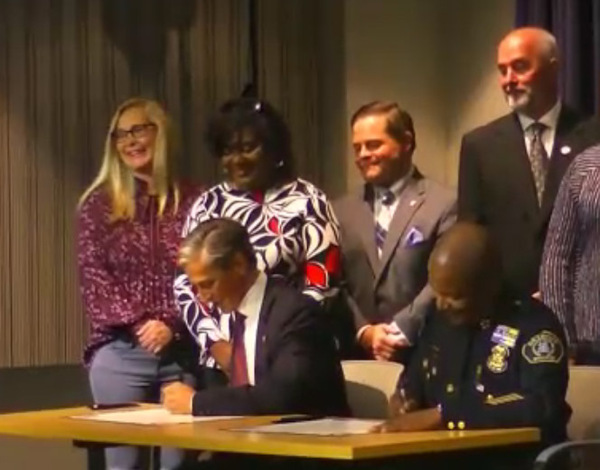 
Cleary University officially announced today a partnership with the Detroit Police Department to provide an educational degree program for officers.

The Degree Completion Pathway Program was recently launched by the Genoa Township-based university, which also has a Detroit campus. University officials, including President Alan Drimmer, say the program was created in response to the needs of the Detroit Police Department to provide educational training and benefits to officers and staff. Drimmer and Detroit Police Chief James E. White announced the new partnership at a press conference today at Detroit Police Department Headquarters.

White says he has always been a “strong advocate for not only the pursuit of higher education, but also its accessibility," adding that "I have always said, and will continue to say, that wearing this badge is an absolute honor and a privilege. It's certainly not a right. But the honor and privilege of wearing this badge means that we have and operate with policing excellence and the foundation of that excellence is education."

University officials say the program was created in response to DPD’s goal of retaining and attracting talent, and that it will include university classes in a hybrid format combining online and face-to-face sessions on-site at DPD facilities. The partnership includes dedicated admissions, advising, and tutoring services, as well as lifelong career support.

“We are honored to support the men and women of the Detroit Police Department, who bravely support and protect our community,” says Cleary President Dr. Alan Drimmer. “It is a dedicated vision of ours to create programs that specifically meet the needs of workplaces and civic organizations, and we are thrilled to partner with DPD in this way.” Drimmer also credited the vision of Chief White for "investing in people, investing in human capital and really it puts the department on par with other organizations, even in the private sector; Amazon, Walmart, Starbucks that are also doing this kind of thing."

The partnership includes a custom Prior Learning Assessment process which provides college credits via “prior college coursework, industry certifications and training, life and work experience.” DPD employees may apply up to 75% of an undergraduate degree or 90 college credits when they begin their degree completion, a process developed by Cleary Provost and Chief Academic Officer, Dr. Emily Barnes.

More than 100 Detroit police officers have already inquired about the program, and 50 enrolled in the inaugural semester earlier this month. Through the partnership, Cleary officials say they are offering pathways for earning a bachelor’s degree in business administration (BBA) with a concentration in Diversity, Leadership, and Public Safety.

Lt. Mark Young, President of the Detroit Police Lieutenants and Sergeants Association, is a recent Cleary graduate and current Cleary master’s degree student. He says the program will provide life-changing benefits to his fellow officers. “The support provided by Cleary University faculty and staff has been unmatched, and their commitment is to be commended. Officers at all levels can now gain valuable and necessary skills, while advancing their careers within the Detroit Police Department,” Young says.

Lt. James Coles, who is enrolled in the inaugural class, appreciates that he earned 90 credits before day one due to prior collegiate coursework, professional training, certifications and work experience. That means he has only 30 credits to go before graduating. “This program has been terrific and will help in our efforts to recruit new officers,” he says. “I am most excited about having my son, who is a new police recruit, join the program later this year.”