Classmates Throw Their Own Prom For Friend Who Missed Out 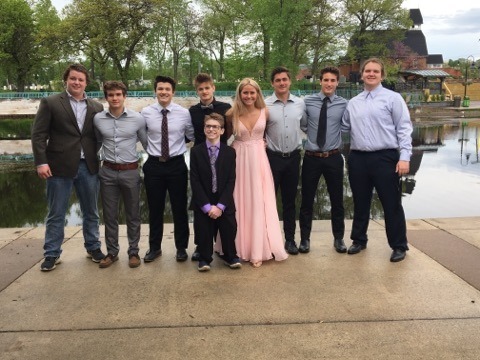 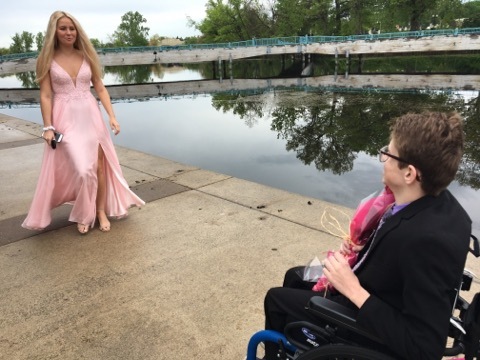 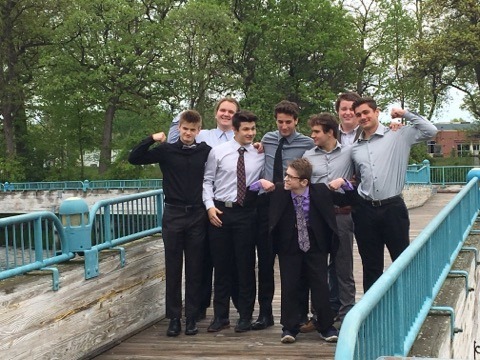 A local student who missed out on prom because he was recovering from surgery still got the chance to dance, thanks to his classmates.

Pinckney High School student Larry Prout Jr. loves to dance, so he was disheartened when he learned he wouldn’t be able to attend his school’s prom on May 10th. Larry was born with multiple severe birth defects that have required over 100 surgeries. He recently began having some new medical issues, which required him to have his kidneys biopsied on May 8th, just two days before the school dance. Post-surgery recovery required Larry to lie flat for three days and then not exert himself for two to three weeks, meaning prom was out of the question.

When his friend and fellow Pinckney High classmate Alex Williams learned Larry wouldn’t be able to go, she reached out to his teammates on the varsity football team about throwing a prom of their own for their friend. The group gathered at the Brighton Mill Pond Friday night, dressed in their best; Larry donning a permanent smile and, quite the gentleman, bringing red roses for Williams. The students then posed for pictures before heading out for a fun night out on the town afterwards.

Williams planned the gathering with varsity football player Joe Bona. Speaking about Larry, Williams tells WHMI, "The football team is his family and so I reached out to Joe...and immediately when I texted him he was like, 'yeah, I'm in, I'll get the boys'...ultimately it's just all about Larry. He's just such a great guy. You can't not love him."

Also attending the smaller but no less fabulous prom was teammates Griffin Thompson, Sal Patierno, Hunter Wright, Cameron Gaden, Noah Bachmeier, and Jack Schingeck. Larry expressed how grateful he was for his friends saying, "I'm just really happy that they did this for me." He attended homecoming with Williams two years ago and, as for his teammates says, "I like my football guys."

Bona says, "Larry's been with the program awhile now and he's just one of the strongest kids I know. He always comes to the weight room ...he's always smiling, he's always having a good time. We want to be there for him. It stinks that he missed prom so we just wanted to give him something that he would remember."