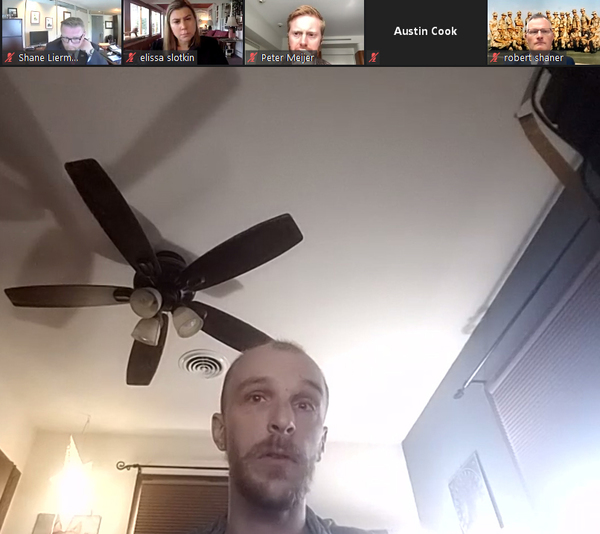 The Veterans Burn Pits Recognition Act, which was introduced earlier this month, seeks to eliminate what they called “the unreasonable burden” placed on veterans to prove they were exposed to burn pits, which are areas near military installations in which waste materials are openly burned.

Slotkin, who lived near a burn pit during her three tours in Iraq as a CIA analyst, said current rules place the burden of proof on the veterans themselves, creating a major hurdle to getting necessary medical attention. “It forces the veteran, the vey person who is experiencing these health problems, often acute health problems; it forces them to provide evidence that they were exposed while serving. So the bill we’ve introduced formally conceded that service members in certain locations, literally a list of countries, were exposed to a host of chemicals from toxic burn pits during their time of service, removing that burden of proof from the veterans seeking care.”

One of those taking part in the Zoom press conference was Jared Enochs of Clarkston, a veteran who served in Iraq and said his repeated exposure to the toxins coming from burn pits has resulted in a lengthy list of ailments. “Life has been hard since I’ve come back from Iraq and the VA has made it much harder just trying to get any recognition for this. The reality of the exposure is that burn pits are just as serious of an exposure as Agent Orange and our veterans are being left behind by the current system.”

Rep. Meijer, who was deployed to Iraq in 2010 as an intelligence officer with the U.S. Army Reserves, said this is an issue that has been ongoing for far too long and the legislation is a necessary first step. “Because it’s simply unacceptable that we have far too many of our service members coming down with ailments far earlier than they should at far greater rates than they should and the DoD and (the) VA are trying to wash their hands of it. So I’m proud to support this legislation, again it’s the first step to getting that broader presumption of care and really making an impactful difference in the lives of our veterans and service members because these are our friends, these are folks that we served with who’ve served our country.”

The legislation would also require the VA to conduct a full medical examination on veterans to determine a potential connection between an ailment and past toxic exposure. The bill will get its first hearing next week in the House Veterans Affairs Committee, of which Slotkin is a member.