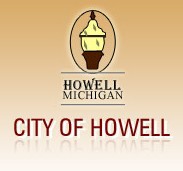 The City of Howell is keeping ahead of the curve when it comes to work to determine if PFAS chemicals are present in water.

PFAS are a group of chemicals deemed an emerging contaminant on the national landscape. They’ve been used for decades in many industrial applications and consumer products such as carpeting, waterproof clothing, upholstery, food paper wrappings, fire-fighting foams, and metal plating. Howell City Manager Shea Charles provided City Council with an update during Monday night’s meeting on the situation – noting drinking water is completely safe but one company had issues and is mitigating the situation. He says with the state and area learning about the potential impact of PFAS chemicals and presence in drinking water, the Michigan Department of Environmental Quality has been going through and testing different communities to make sure their systems are safe.

When issues first started to emerge about PFAS in the state, the City’s wastewater staff went worked to try and identify potential companies that may have had PFAS. The state put together an action plan to test water and wastewater systems throughout the state. A lot of communities are dealing with issues and testing was done over the summer. Charles said they got the results last week from state samples, as well as samples the City took. There are a couple of smaller wells that are not production wells but are also being tested. Those results should be back by end of September. Since so many are dealing with issues and testing, Charles said there is slow turnaround time for results and labs are slammed across the country.

On the drinking water side, tests came back non-detected so there was no presence of the chemicals, which Charles said they were pleased to see but not surprised given the location of the aquifer. On the wastewater side, Diamond Chrome Plating was identified as previously having used PFAS materials as part of their manufacturing process. The chemical processing company provides metal finishing services to various markets including government and defense, aerospace and aircraft and other commercial industries. Charles says results came back from the state and did show a presence of residual PFAS coming out that facility. He says the DEQ originally gave the company until October 15th to come into compliance of some sort and a plan to address issues. Charles says they were pleased to see the company moved ahead with that at end of August, which was about a month and a half ahead of schedule. Diamond Chrome has implemented a pre-treatment system.

Charles says they will continue to test and monitor the situation, and will continue to do going forward. As for the actual testing, wastewater was tested at the discharge point for the company and in the outfall area, which is where the water leaves the plant to see if PFAS were present. They were detected at the company and outfall side, which Charles says they were able to trace back and verify. He noted they are doing additional testing throughout the system, just to make sure it’s not going to show up anywhere else but they have a high degree of confidence it was just the single company.

The City’s wastewater team and staff were commended during the meeting. It was noted they actually got quite a bit of feedback from the MDEQ because the City was ahead of the curve in surveying companies and doing initial footwork and investigation in trying to determine if this was an issue. The City was out doing work before the DEQ had guidance, some of which pre-dated the state by a couple of months.

More information on PFAS chemicals is available through the link provided. (JM)