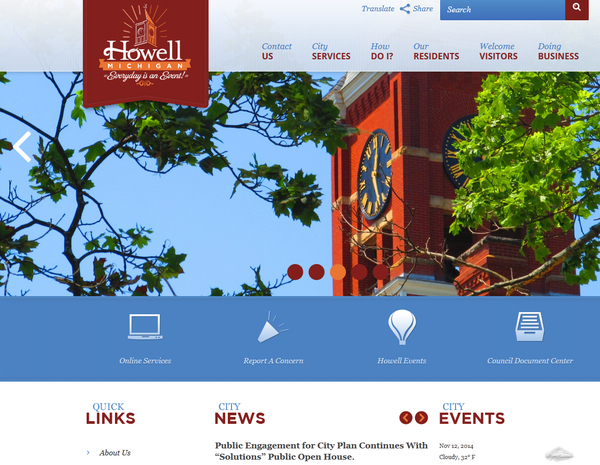 
The City of Howell is preparing to launch a new and improved website along with a community photo contest.

Work has been underway to give the website a new look. City Manager Erv Suida told WHMI their IT Director and Communication Specialist have been working on a new website and are doing a great job, with the hopes of launching it by the first of the year. He said it’s very exciting and the new website will have a very fresh look and greater ease of use. Suida added it will also be more stimulating and appealing to the senses and easy to use.

If all goes as planned, Suida said they’re hoping to have the new website released by the 1st of the year.

Additionally, the City is developing a photo contest and is asking that people submit their favorite photos of Howell. Suida says they want to capture all four seasons, various festivals, the downtown area and others that really celebrate and promote the community to use on the new website.

Suida said they’re also working with Howell Main Street and the Downtown Development Authority and hope to have some cool prizes for people who win.