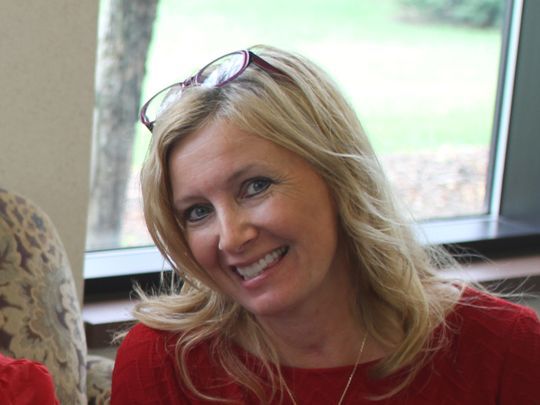 The Brighton City Council has formally recognized a past Livingston County court official for her efforts in promoting and organizing a recent all-day forum in Brighton on the opiate crisis.

At a recent meeting, former 53rd District Court Administrator Francine Zysk was presented with a mayoral proclamation from the city for her efforts in combating the increasing problem of drug abuse, particularly opioids. Opioids is a class of drugs including heroin, synthetic opioids such as fentanyl, and pain relievers available legally by prescription, such as oxycodone, hydrocodone, codeine, and morphine.

Zysk says she was motivated to do something about the opiate problem when she became alarmed about the influx of prescriptions coming in to people in the court system for various offenses. The all-day forum she organized with the help of Brighton Police, which was held on Aug. 31st, attracted over 100 people.

The proclamation was signed by Mayor Jim Muzzin and read aloud at the Sept. 6th City Council meeting. Zysk was accompanied by Deputy Police Chief Craig Flood, who she says was invaluable in helping her organize the program. The Project Opiate forum featured experts in the field and former NFL player Randy Grimes of the Tampa Bay Buccaneers, who helps former professional athletes in their recovery from drug addiction.

Zysk left her county post in August and is now employed by Total Court Services, which is organizing an opiate program in four counties, including Livingston County, which starts in November. The Brighton mayoral proclamation is below. (TT)