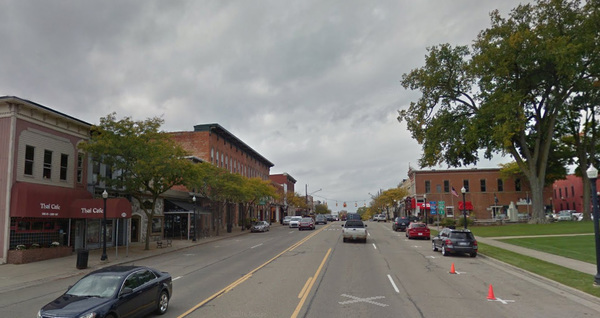 
The City of Howell is exploring adopting an ordinance to address noise problems downtown whether associated with car stereos or loud modified exhaust systems.

Guidance was sought from City Council at a recent virtual meeting following complaints from homeowners and business owners about vehicle noise downtown. Police Chief Scott Mannor and the city attorney have been looking into what’s feasible and what’s enforceable. He told Council they get a lot of complaints, especially from people living above businesses, about loud music coming from cars that rattle windows. Mannor further noted that if people are sitting outside downtown, sometimes they can’t hear those they’re with because of the amplified stereo systems.

The City of Ypsilanti has an ordinance that states if a sound system can be heard from 50 feet away, then it is an enforceable violation. Chief Mannor said they’re looking at adopting that or adding that language to the City’s current noise ordinance – noting it does not require any decibel meter readings. Mannor said the ordinance would give the City another tool to help enforce amplified sound systems coming from both vehicles and motorcycles. Mannor said he thinks that would help make life a little better for those who reside downtown – noting the ordinance would also include stereo systems on motorcycles that are extremely loud. Mannor said he understands the music has to be louder riding down the road to hear them, but once they get into the downtown and music starts bouncing off buildings, it becomes very loud.

Council members were all in favor of pursing something. Councilman Scott Ellis thought it was a great idea; saying when he used to live on Grand River the thing he experienced was the really loud motorcycles that don’t seem to have adequate mufflers. Chief Mannor noted they already enforce that under state laws for defective equipment. However, he said another issue is vehicles that have a different exhaust that clearly wasn’t meant for that vehicle – referencing really big exhaust systems on little tiny cars. He said they’re looking into some way to enforce that as well but are not ready to bring forward anything yet.

Councilman Steve Manor supported the idea about doing something about the music but said the bigger problem where he lives is the exhaust systems that “do not conform with any level of sanity”. He voiced a strong desire for enforcement. Manor said it’s amazing how many people drive through town late at night revving their vehicles up and down Grand River – adding he can hear them from where he lives five blocks from downtown. Manor say he wants more enforcement because people are just deliberately irritating everybody – stressing he wants the cars confiscated, towed and locked up and then make the people pay for new exhaust systems.

Councilwoman Jan Lobur said she’s heard numerous complaints about loud music, vehicles and mufflers from people at the city park and suggested looking into that as well. It was stated that any ordinance adopted would cover the entire City. Chief Mannor said while most complaints come from the central business district, it would be enforceable citywide.

Members encouraged the chief and staff to keep exploring what can be done, expressing that they were all for it.