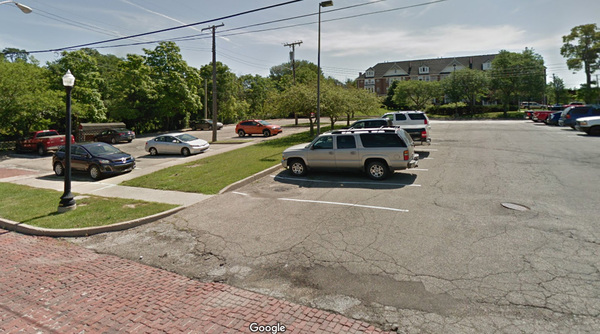 The Howell City Council met recently and discussed a proposal from a local developer to purchase the Depot Parking lot downtown that could be used for student housing.

Discussions are very preliminary between staff and Rescue LLC, which has expressed interest in purchasing two city parcels along with vacation of an existing right-of-way to construct a downtown development at the corner of North Michigan and West Clinton Street, the vacant area behind the gas station. The developer wants to construct a multi-story, mixed use project geared toward Cleary University students. The developer is conceptually looking at a partnership with Cleary University to provide senior housing for third and fourth year students as well as graduate students. The developer would own the project, Cleary would be the tenant. However, Cleary University President Jason Boyer has since told WHMI that, "We have no formal relationship with any specific developer for downtown housing. By this fall, we are completing our second on-campus housing project and Lake Trust Stadium (the first on-campus athletic fields for our teams). We are committed to continued growth and looking at opportunities that make sense for the university and the community but again no relationship has been formed with any developer for downtown development to date."

Most all council members voiced parking concerns and the stress that would be created on other lots by eliminating the current overflow lot. Councilman Michael Mulvahill commented he was really struggling with the concept and feels there is a better use for the site. Parking topped his concern list but also the way the project was brought to the city, in that it was not put together well. Councilwoman Jan Lobur said she would like to see something nice on that site but isn’t sure student housing would be best.

City Manager Shea Charles tells WHMI there are multiple layers and a lot of work needs to go into this and council has been having a lot of good discussions and ideas but also expressed concerns. Charles says council wants to see something constructed in a way that it’s complimentary to downtown, but also fit in as a zero lot line development if the rest of the block redevelops. He says parking capacity is another concern, since they currently use it as an overflow parking area. Council expressed if this does move forward, then the question of parking capacity be addressed during the whole process. Given all of the complexities, Charles says the project would more than likely be a planned unit development or PUD which requires planning commission and city council approval.

It has been noted in conversations that at this point, rents for commercial and residential space in downtown don’t support a market-based approach yet. Charles says they’re looking at what keystone projects can be done in partnership with outside organizations to be able to produce a quality product for downtown that enhances the experience.