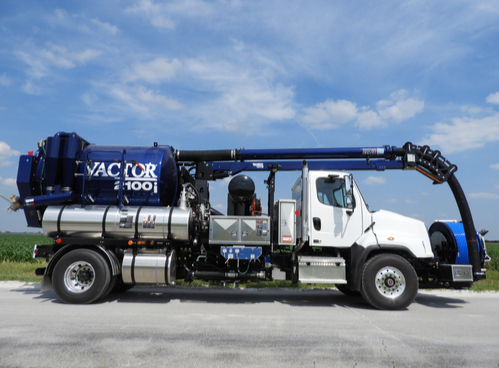 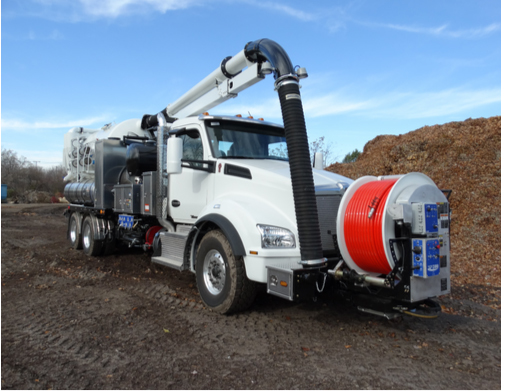 The City of Brighton has added a utility truck with a one-of-a-kind feature that will make cleaning the sewers safer and easier than ever before.

The City’s current vacuum truck was purchased in 2006 and is showing its age with maintenance and reliability issues. Recent repairs have cost up to $10,000, but as noted by City Manager Nate Geinzer in a memo to City Council, the downtime for repairs is a bigger concern. The truck is used almost every day in helping maintain sanitary, storm, and water systems and has the unique capability to free clogged mains and vacuum manhole structures.

The City recently obtained bids from 3 companies for a new vehicle. Southeastern Equipment Company was the low bidder at roughly $425,000 with the Jack Doheny Company coming in $14,000 higher. The truck from Jack Doheny, however, has a feature that the other 2 companies weren’t offering. Wastewater Division Superintendent Corey Brooks explained the value of the Rapid Deployment Boom for cleaning sewer lines. He said the vacuum boom can now descend into a manhole up 15 feet, automatically with the push of a button. Normally, workers would have to clamp tubes together and maneuver them on their own.

Brooks said the RDB will save time along with wear and tear on employees.

DPW Director Marcel Goch added that if they get the order in now, the Jack Doheny Company said they have a chassis available for the build and can have it delivered to the city later this year. Due to manufacturing shortages, delaying or going with another supplier would likely push delivery back into summer 2022. All of this on top of having a previously established good working relationship with Jack Doheny led Goch to ask the Council to approve their truck for a price of $439,445.
When the new truck arrives, they will put the old one up for auction.

Council had already approved a majority of this price in the 2020-21 Capital Improvement Project budget. At Thursday’s meeting, they unanimously approved the purchase of the vehicle and a budget amendment for the remaining amount to be added to the Utilities Fund from bond proceeds.