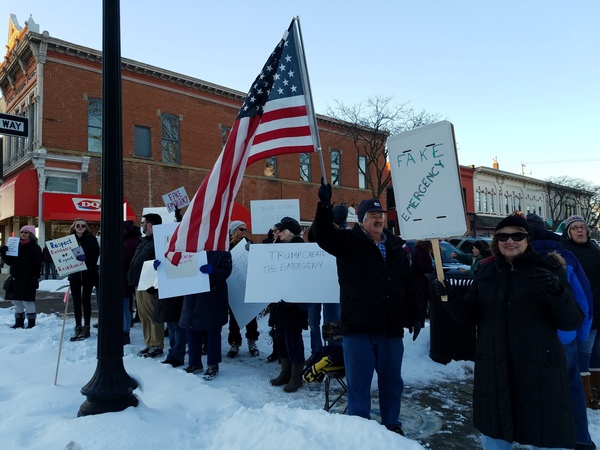 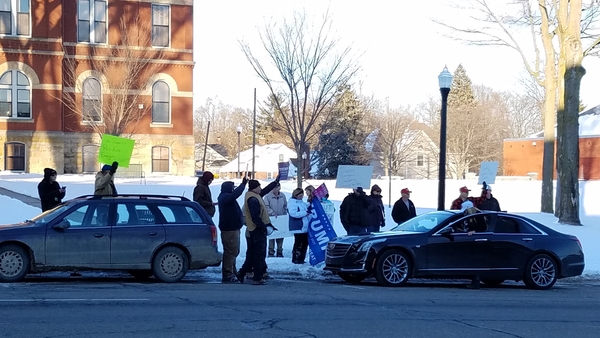 A rally was held in downtown Howell by a local group who has expressed opposition to President Donald Trump’s national emergency declaration, which would divert federal funding toward building a wall along the United States and Mexico border.

Approximately 35 citizens protested outside of the Livingston County Courthouse Monday at the rally held by grassroots organization Indivisible Livingston. There were around 12 counter-protestors that also gathered outside of the courthouse with signs supporting the President's declaration. Howell resident Larry Grunn was quoted by the Livingston Daily saying he supported the wall, "We don't want illegals in our country breaking our laws." The paper also spoke with Beloni Sobolewski, who said she came to the U.S. from Brazil in 1985. "I came to this country legally and I think everyone needs to come here legally and go through the process."

Though the interaction was said to be “fairly peaceful”, the groups were moved to separate areas by police. Indivisible Livingston’s rally was one of hundreds that were held throughout the country on President’s Day. A press release from the group states Trump’s declaration is based on a “fake emergency” and that he failed to fund the border wall through “constitutionally prescribed methods.” Indivisible member Gretchen Hertz calls the declaration a “real constitutional problem” and feels the issue is one that is non-partisan. Hertz says it sets a dangerous precedent as a future Democratic president could then do the same for issues like gun control or climate change.

It was announced Monday that Michigan Attorney General Dana Nessel joined 15 other states to seek an injunction against the president’s actions. (DK/JK)