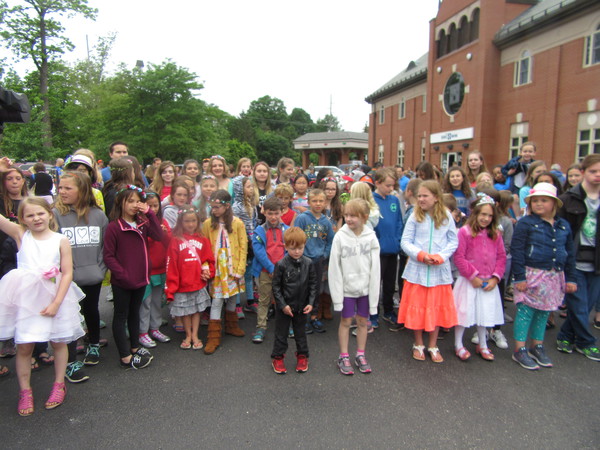 Over 100 kids of all ages took part in the first Children’s Entrepreneurial Fair, held Saturday in downtown Brighton. The event was sponsored by the Greater Brighton Area of Commerce and numerous local businesses contributed to make the event an unqualified success. The organizer was Scott Taylor, a former Ann Arbor resident, who held the event in Ann Arbor previously and decided to bring it to Brighton when he moved to Livingston County.

Some of the booths run buy the children included such novel ideas as renting out a family’s pet ducklings for kids to hold for a couple of minutes at 50 cents a pop, a handmade coloring book, a massage booth, homemade cupcakes for sale, homemade dog treats, nativity scenes, beauty and bath products, and…being as we’re talking about children… several slime booths.

According to Taylor, the purpose of the fair is to get kids thinking independently, prepared to face challenges and to take charge, acting like entrepreneurs. He says the Children’s Entrepreneurial Fair was so successful that they plan on holding one again next year and making it an annual event. (TT)