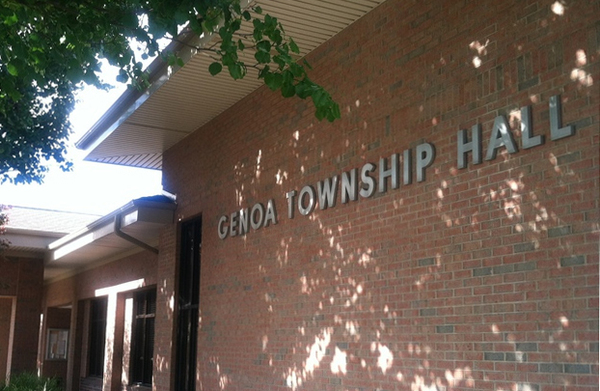 Some approvals have been granted for a future condominium project in the works in Genoa Township.

The Genoa Township Board met recently and approved a rezoning of 74.8 acres of land, located on the east side of Chilson Road, south of Brighton Road, along the southern township boundary with Hamburg Township. The rezoning was from agricultural to low density residential, which is consistent with the township’s master plan. The Chestnut Springs project is being proposed by Chestnut Development LLC and would feature 25 condo units, on 1-acre lots.
Preliminary site plans and an environmental impact assessment were also approved, with some stipulations.

Supervisor Bill Rogers says the project has been in the works for a while but is now starting to proceed, likely because of site conditions. He says they got it down to 25, 1-acre lots, which is the township’s low density standard and fits in with the master plan. Despite challenges with wetlands on the property, Rogers says the proposed subdivision should fit right in.

There is a fair amount of wetlands on the property, roughly 35 acres, which are regulated by the Michigan Department of Environmental Quality. There was further board discussion at the meeting about an existing lawsuit that needs to be resolved before the project could officially proceed. Rogers said there is a court case out there and they want to make sure the site is cleaned up before any building takes place. The litigation is said to have involved the mining of sand before all of the necessary approvals were obtained and work is supposed to be done to land balance and put the property back to its previous state.

Rogers says the township wants to ensure compliance with any court settlement that gets reached. He says that will be a condition before the project can move forward or an arrangement will be worked out between attorneys and the township. Meanwhile, developers are expected to be back before the planning commission and township board for potential final approvals in September. (JM)