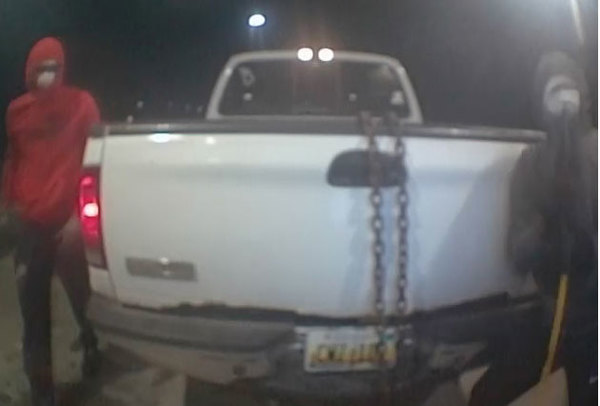 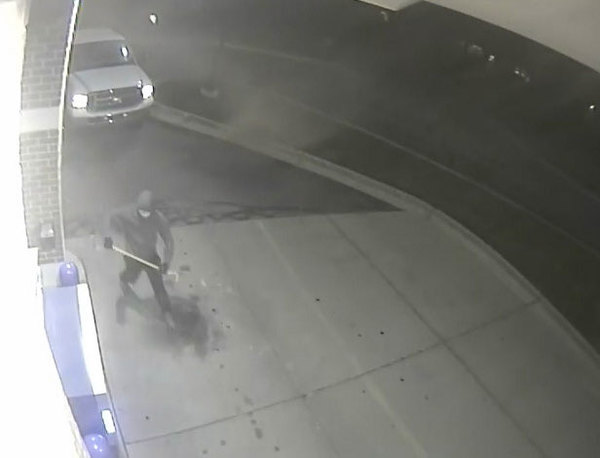 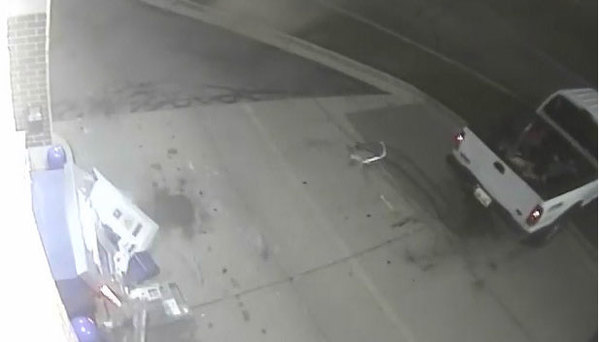 
Two suspects are being sought for stealing a truck and breaking in to an ATM at a bank in Lyon Township.

Deputies with the Oakland County Sheriff’s Office Lyon Township substation responded to the Chase Bank on Ten Mile Road shortly before 2am Friday, following a report by a third-party security monitoring company of a breaking and entering that had occurred. The caller stated two subjects, one wearing a red hoodie and one wearing a blue hoodie, exited a white Ford F250 that had chains and a crowbar in the truck bed. A report states the suspects utilized those to break into the ATM. Once opened, they removed the drawers which contained an unknown amount of cash and then fled the scene in the F250. Deputies located multiple pieces from the damaged ATM in the bank parking lot.

The F250 that was stolen from Redford Township was later located abandoned on Johns Road by Deputies. As a Deputy was travelling to assist with the abandoned vehicle, he found a black box with a green handle lying in the northbound lane, south of the location where the suspect vehicle was found. Deputies located two ATM black money drawer/boxes inside the cab of the truck, as well as approximately $1,200 in twenty-dollar bills in and around the vehicle. There was a yellow crowbar located in the bed of the truck, as well as heavy chains and two tow hooks attached to the trailer hitch. There appeared to be fresh paint transfer on the crowbar and tow hooks. An evidence technician processed the scene. Approximately $170,000 was in the ATM at the time of the theft.

The incident remains under investigation and anonymous tips are being sought through Crime Stoppers at 1-800-SPEAK-UP. There is a cash reward. Surveillance photos: Sheriff's Office.