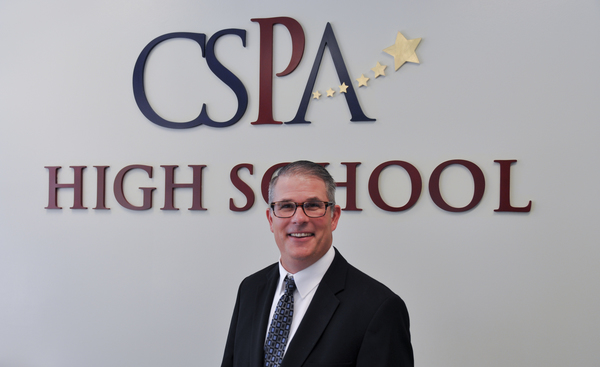 Less than two months after assuming the position, the superintendent of a local charter school district has stepped down.

In an email to parents in the Charyl Stockwell Academy District Monday evening, it was announced that Steven M. Beyer had resigned from his position as Superintendent effective immediately. Matthew Stewart, the Principal at the Charyl Stockwell Preparatory Academy, said the decision by Beyer came as a surprise to both the district leadership and to CS Partners, the charter school’s management company. Beyer, who had served for more than six years in the district, had been promoted to superintendent in August.

The resignation follows an incident last month when a graffitied threat was discovered in the CSPA Middle School girl’s bathroom. Beyer sent out a communication on October 1st saying he had met with parents in the district and that it became apparent “a timelier letter to parents regarding this incident should have been part of our communication plan.” He offered his apology and assured them that the district followed its security protocols and procedures and had followed the recommendations of the Brighton Police from the onset of the investigation. Nonetheless, the following day approximately half of the students were kept home from the middle and high school campus in Brighton, which was the day mentioned in the graffiti threat.

In a statement to WHMI, Chris Matheson, the President of CS Partners, said they and the district’s leadership were working hand-in-hand to ensure smooth operations and continued success during this time of transition. “We appreciate our parents’ understanding, and we ask for their patience as we initiate the process to address any potential changes to district leadership as a result of Steven Beyer's resignation. Thankfully, we have two outstanding leaders in place within the CSA District: Jessica Moceri, CSA Principal, and Matthew Stewart, CSPA Principal. We ask that you address any concerns or questions to these two outstanding leaders. In closing, we thank Mr. Beyer for the work he did to move the CSA District forward, and we value the many contributions he has made over the course of the past six years.”

As to the incident that prompted the parental concerns, Matheson said the district had concluded its investigation and the student believed to be responsible for the offense is no longer enrolled in the CSA District. (JK)