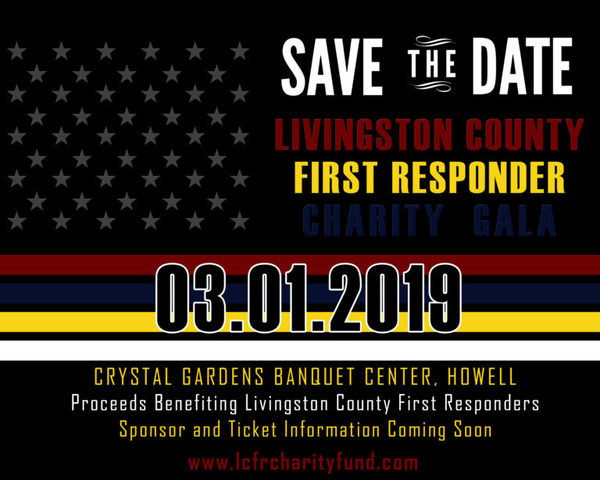 A new fundraiser gala will help support all of the county’s first responders should they come across a time-of-need.

The First Annual Livingston County First Responder Charity Gala is coming to the Crystal Gardens Banquet Center in Genoa Township on Friday, March 1st. Sparked from the idea of a group of fire wives from the Brighton Area Fire Authority, BAFA Fire Inspector Derrick Bunge said it took off from there. The wives presented the idea to Chief Mike O’Brian, who then had the idea to set it up as a benevolent fund. The idea being to raise money so that any first responder who may become severely injured or sick while within the line of duty can have some sort of funds to help them out in their time of need.

Bungee said that while there are firefighter and policeman balls in other municipalities, this one is unique in that it will also benefit EMS and dispatchers, as well. It will be a formal attire event with dinner, dancing, and an open bar. Bunge said the gala is open to not only first responders, but the general public as well, giving everyone the chance to have a night out and meet and network with the people who are the first on the scene of emergencies. Tickets are $75 per person and can be purchased through the link below.

Belfor Restoration is the Platinum Sponsor of the event. (MK)