Special Use Request For New Retreat At Church Camp Postponed 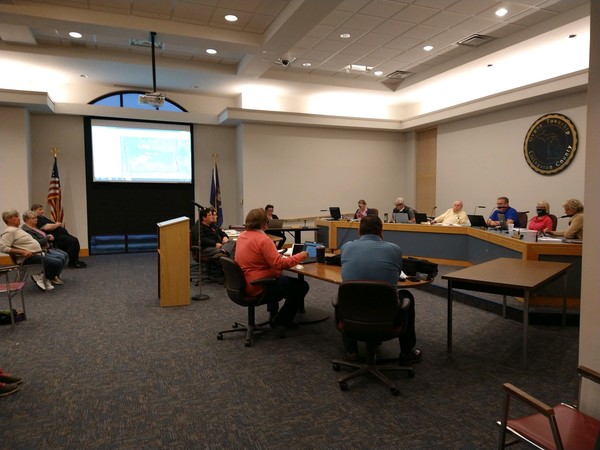 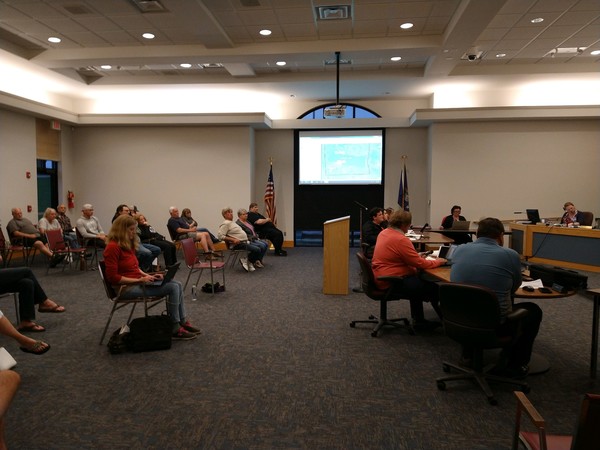 
As Genoa Township faces a lawsuit over denial of a Catholic Church chapel, plans for a new retreat center on camp property owned by a different religious group have been postponed amid continued resident concerns.

The Planning Commission held a special meeting and public hearing on Wednesday night to review a special use application, environmental impact assessment, and site plan for a proposed 28,851-square-foot addition for a retreat center that would include overnight stays for spiritual development. It’s on property owned by the Southfield-based Chaldean Catholic Church of the U.S.A. at the southwest corner of Kellogg and McClements Road that totals 160 acres with Euler Lake in the middle.

The meeting came a day after the American Freedom Law Center filed suit on behalf of Missouri-based Catholic Healthcare International (CHI) following the rejection last month of a plan to construct a 6,000-square-foot chapel on 40 acres of land located on the west side of Chilson Road, south of Crooked Lake Road. The suit claims the township violated the First and Fourteenth Amendments, the Michigan Constitution, and the Religious Land Use and Institutionalized Persons Act with the rejection.

It has traditionally been a youth camp but the retreat center would be open to all ages and feature a one-story common area with a two-story, 80-bed dormitory that connects to the existing church. The objective was said to be faith building and spiritual development, and the project was intended to be a quiet use. Officials commented there have been efforts to change the way the camp was being utilized and rebrand it.

Neighbors weren’t swayed by any assertions and said they’ve been dealing with excessive noise issues from various events for years – with no enforcement if they do file complaints. Around 25 residents attended the nearly two-and-a-half-hour meeting and expressed various concerns. Some included a lack of conformance to township ordinances and the overall rural character, plummeting property values, increased traffic, and light pollution.

Many again cited a negative impact on property values and allege it’s a non-conforming use in violation of ordinances – including Mike Berean whose property is next to the camp. He said people are trying to preserve the natural environment they chose to live in and it’s not a personal issue with the camp or owners – adding they have not tried to become part of the community and have not sought to find an equitable existence in the neighborhood. Berean added that it’s not right to allow an out-of-town corporation to disrupt residents, their homes, and natural resources - regardless of the camp’s mission and intent.

Burt Kassab chairs the Our Lady of the Fields Camp Committee. He said he was commissioned by their bishop two years ago to come up with a plan that fits their mission. Kassab stated they’ve enhanced facilities, added ropes courses, enhanced the beach area and added canoes and kayaks, and explored various options. He said they could easily accommodate three times the kids for camps but felt the retreat center was a better fit and quieter use – stressing there would not be more loud reunion events. Kassab added the Diocese is invested in the property and community and wants to be good citizens and contribute positively, which he hopes people can see in the years to come. He further noted various letters of support have been provided from churches, schools, and organizations, as well as from the Livingston County Sheriff and the County Planning Department.

Township planners stated this was the 4th review of project plans, the third time with the public present, and nothing has changed significantly since last fall. Lighting and landscape plans were said to be in compliance and overall the request was consistent with special use requirement standards. Some commissioners raised concerns with a maintenance and operations plan that was provided but they felt lacked specifics for the different components. It was stated there could perhaps be an annual review required if the permit is ultimately granted, which could involve administrative approval.

There was a lot of back and forth with the public during the meeting and various outbursts from the audience. Commissioner Jeff Dhaenens told the audience they understand the concerns that residents have been passionate about for years. He suggested residents bring up what’s different at future meetings, saying they know what issues are still there and that the applicants have been trying to address them. Dhaenens added that they spent 80 minutes hearing exactly the same thing from residents as past meetings and it was ok to repeat things but asked that they try to be more concise.

Two commissioners were absent from last night’s meeting and it appeared at least two were poised to vote against the request, leading the applicants to request the item be postponed. Despite calls from residents for a vote to deny, commissioners commented that everyone has the same property rights and there are rules they have to comply with.

Since the item was postponed at the applicant’s request, they can revise plans and request to be put on an agenda for a future meeting. It was further noted the Commission is just a recommending body and the township board would have any final say.

More information about the project and resident concerns is included in the meeting packet. That link is provided.