Ceremony to Be Held for New Habitat for Humanity Home 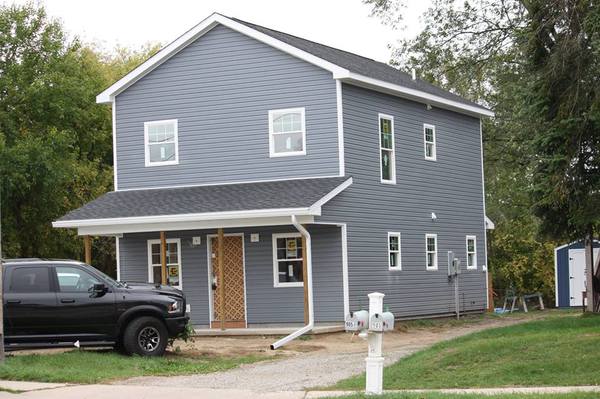 An open house and blessing ceremony will be held Monday for a new Livingston County Habitat for Humanity home.

The ceremony will take place from 10am to 12pm at 909 North Street in Howell. The new home is for Becky Gremore and her two children, and may also be home to foster children one day, as Gremore previously told WHMI that is something she’d like to do.

Gremore had a tough childhood and was in and out of foster homes, but managed to graduate with honors from Howell High School and has held steady employment. After getting divorced, Gremore and her two children lived in her friend’s basement while trying to find something she could actually afford in the area as a working mom. She has said that it was no easy feat, but applied for a Habitat for Humanity home after seeing an ad in the ReStore.

Livingston County Habitat for Humanity first broke ground in July of 2017 and, with the help of volunteers and donors, the once-empty lot has transformed into a two-story ADA compliant home.