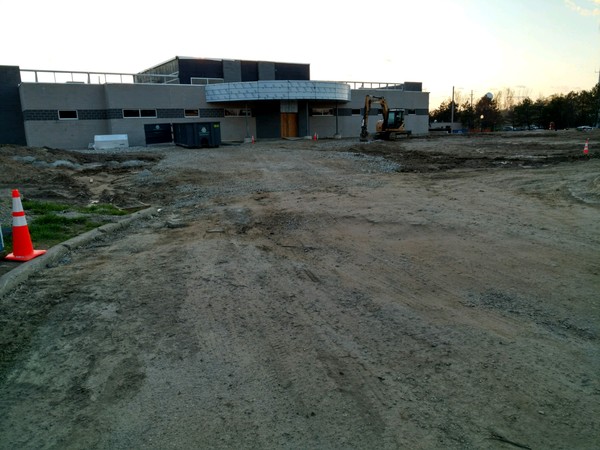 The facility, expected to cost $6.5 (m) million, is being built directly behind the current building off of South Highlander Way in Howell. After construction is complete, operations will be moved and the existing 911 building will be demolished to allow for additional parking. The building located behind the center near the Livingston County Sheriff’s Office is also in the process of being torn down, which is where a new storage building is being built for equipment.

Commissioner Dennis Dolan delivered a brief report during a recent Livingston County Board of Commissioners meeting, saying the project is on schedule and really coming along. He told WHMI he’s very happy with the progress, noting they have a new superintendent working for their general contractor and he’s doing a great job. Dolan said he’s also very pleased with all of the contractors that are performing various functions and was delighted to learn that somewhere around July 20th the new center will be functional and completely operational. From that point, he says the existing building will be taken down and there will be additional parking. Dolan noted this will be a state-of-the-art facility and much a safer and more respectful of an operation building in itself for employees. He added the new sheriff’s storage building is going in behind the new center to store some of the equipment that’s scattered around the community in different places so there’s some really good stuff coming along.

Project planning has been ongoing since the beginning of 2015 due to an increase in volumes and staffing. The new 12,000-square-foot building will be able to sustain a hit from an EF3 tornado along with several high wind occurrences, allowing staff to continue functioning during severe weather. Once completed, the new 911 facility will be able to handle projected growth and technology needs for decades to come. (JM)