Cavanaugh Vacates Rulings In Brennan Case; Asks for Outside Judge 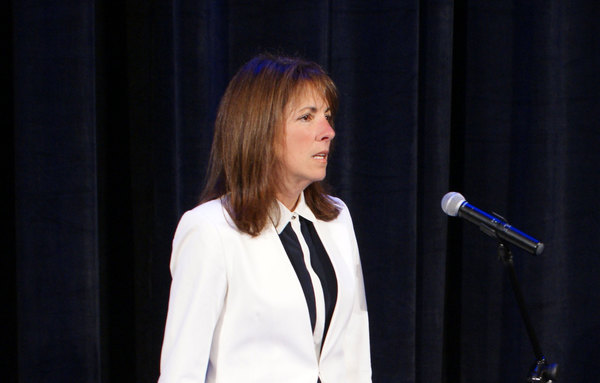 An outside judge has been assigned to hear the request for grand jury to investigate Judge Theresa Brennan after Livingston County’s Chief Judge vacated all of the previous rulings by a local judge.

Judge Miriam Cavanaugh on Monday filed an order invalidating the rulings on a motion to impanel a grand jury to investigate Brennan. Those rulings were made by Circuit Court Judge David Reader, who had been assigned the case after retired Judge Daniel Burress requested a citizen’s grand jury to look into issues surrounding Brennan’s admitted relationship with former State Police Detective Sean Furlong, who served as the chief prosecution witness in a 2013 double-murder trial that she presided over and resulted in the conviction and life sentence of Jerome Kowalski. Those actions are currently the subject of a complaint filed last month by the Judicial Tenure Commission, which charged Brennan with “a pattern of improper conduct in violation of the Code of Judicial Conduct.”

In her order to vacate Judge Reader’s decisions, Judge Cavanaugh noted that on June 20th, Reader granted the petition to convene a grand jury and then appointed Howell Attorney Thomas Kizer as Special Prosecuting Attorney. However, the following day Judge Reader recused himself from hearing the case and sent it back to Cavanaugh to be reassigned. Judge Cavanaugh said because Mr. Kizer served as the attorney for Donald Root in his divorce proceeding against Theresa Brennan and because that case formed the basis of many of the allegations in the petition to convene a grand jury, Reader should have disqualified himself before making those rulings, not after. Judge Cavanaugh further referred the matter to the State Court Administrative Office to assign a judge from another county.

That has now prompted Judge Burress to file his own order to vacate Judge Cavanaugh’s ruling, saying that by assigning the case to a visiting judge, Livingston County judges have been “summarily deprived of their opportunity to take the case” and further that it violates the Court’s own Administrative Order signed just six days earlier that required that each of the county’s qualified judges, in this case Circuit Court Judge Michael Hatty and District Court Judges Carol Sue Reader and Suzanne Geddis, to have a chance to hear the case. According to court documents, that opportunity was never granted. When asked, Judge Burress declined to comment on his filing, saying it spoke for itself. A request for comment to Judge Cavanaugh and Judge Reader has yet to be returned.

Meanwhile, Judge Brennan’s caseload has since been reassigned, leaving her off the bench while still being paid pending the outcome of the Judicial Tenure Commission complaint, which potentially could remove her from the bench. (JK)