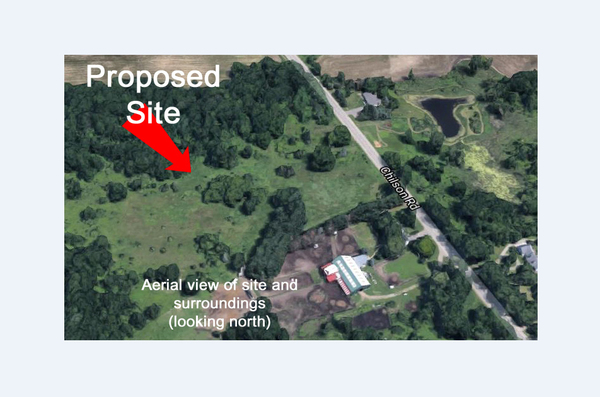 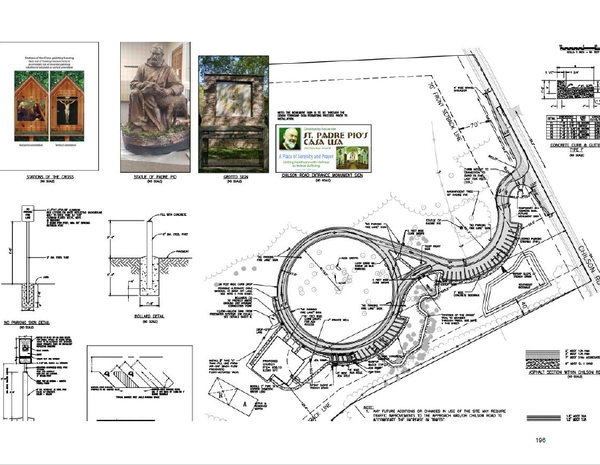 
Missouri-based Catholic Healthcare International has been sent back to the drawing board by the Genoa Township Board of Trustees following denials related to a proposed chapel and prayer space.

CHI has been seeking to construct a 6,000 square-foot chapel with other accessory uses in honor of St. Padre Pio on 40 acres located on the west side of Chilson Road, south of Crooked Lake Road. The project, which would also include Stations of the Cross, a mural wall, and nature paths for quiet reflection has been loudly opposed by neighbors in the area.

Residents opposed spoke at multiple online planning commission meetings about the project going against the master plan, traffic issues it could cause, and being a general disruption to their rural lifestyle.

The township planning commission recommended approval of a needed special land use permit and site plan by a slim 4-3 margin- but Monday night it was in the hands of the Board of Trustees. This was the second attempt by the Board to discuss the matter because the first meeting in early April was forced to be adjourned due to too many residents showing up for what capacity allowed.

A state of emergency for the sake of holding online meetings was declared earlier in the meeting to allow for virtual possibilities moving forward.

Many opposed to the chapel were also distrustful of CHI for having contradicting messaging between what is being presented at meetings versus what has been on their website. Until recently, their website had a hospital and medical school as part of the vision for the site. It now reads “Well beyond this pilgrimage site, but relying on the prayers offered there…” The applicant and the project’s engineer tried to clear up this confusion, saying those facilities could never be built there due to a lack of infrastructure.

They also envisioned the chapel beginning with one mass a week, and if demand grew, could support up to one a day. It was suggested a shuttle bus or other bus could bring visitors due to the small number of parking spaces (38). Nearby residents were against this, as well.

Several residents claiming to be a part of the Catholic Church spoke in favor, but most were not immediate neighbors of the project site. Some challenged the faith of those opposed to the project, which did not go over well with many.

Genoa Township Treasurer Robin Hunt understood the residents’ point, calling CHI out for the website saying one thing and representatives something else. She said after reviewing the planning commission’s work, she thinks it’s a wonderful project, but that is the wrong area for it.

Trustee Jean Ledford said she was afraid that approval would spoil the rural atmosphere. She said she didn’t know what else CHI might have planned for it, and cautioned against approval, stating “when you open one door, you’re able to open others.”

Clerk Polly Skolarus thought the proposal was reasonable and worried about being sued if they denied CHI. Trustee Jim Mortenson felt it was compatible with the area and met the requirements for a special land use permit.

Ultimately, the special use permit, site plan, and environmental impact assessment were denied all by a 5-2 vote. While this project is essentially dead, CHI still owns the land and theoretically could put a different proposal together, beginning the process from the start.