Caregivers & Others Can Network At Annual Alzheimer's Walk 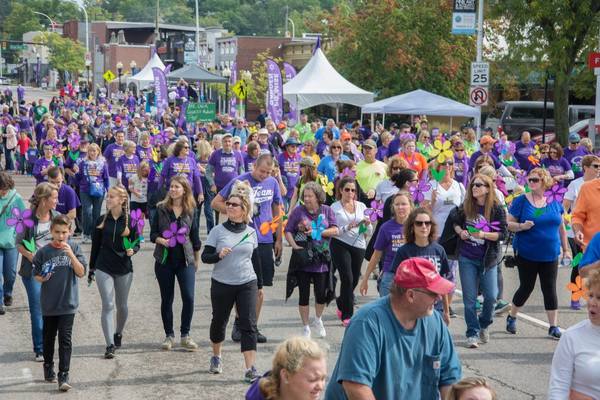 An event next weekend in Brighton will serve as both an awareness event and fundraising opportunity for a disease increasingly becoming a part of people’s lives.

Although more than 5 million Americans live with Alzheimer’s, another 16 million serve as caregivers, meaning that one in 15 people are affected by the disease. Statistics from the Alzheimer’s Association indicate that between 2000 and 2017, deaths from Alzheimer’s have increased 145%. With projections that those rates will only climb higher in the coming decades, the annual Walk to End Alzheimer's takes on added urgency.

It will be held at Brighton’s Mill Pond Park on Sunday, October 5th. Lauren Kovach of Brighton is a board member of the Great Lakes Chapter of the Alzheimer’s Association and will be leading one of the walk teams. Team Chupe is named after her grandmother, who passed away from the disease in 2017 after a 15 year battle. Kovach says anyone dealing with this disease, quickly learns that no two experiences are the same and it always helps to network with other caregivers.

Registration starts at 9am, with an Opening Ceremony at 10:30 and then the walk at 10:45. The event will also include music and other entertainment. You’ll find details through the link below. (JK)