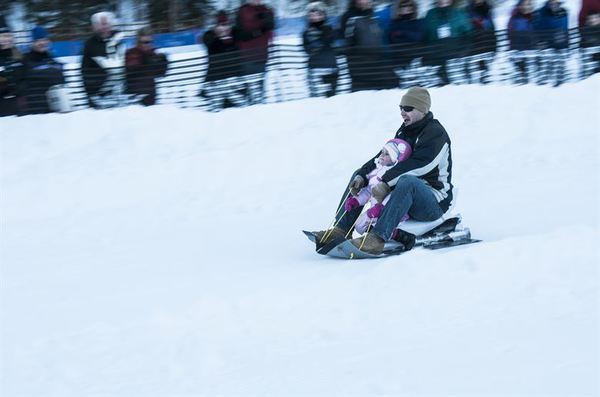 A competition in innovation, creation, and cardboard is happening on sled hills of Kensington Metropark this weekend.

The Michigan Crossroads Council, or MCC, is holding their first cardboard sled race and Winter STEM Olympics at the Metropark on Saturday. STEM is a school curriculum that prepares students to integrate science, technology, engineering, and math into their thinking routines and mindfulness. The MCC is holding this family friendly event in celebration of the Winter Olympics. A torch bearer from the Salt Lake Games will be at the event with their torch and a chance for people to have their pictures taken holding it. Activities will be taking place at 2 locations within Kensington beginning at 10am. Event organizer Eric Suender invites people of all ages to come and take part in a torrid race made of homemade sleds down the slopes. Suender said about people building their own sleds that it should just be cardboard and duct tape. The MCC doesn’t want any nails, screws, hard plastic or the like that could potentially damage the wildlife. Suender said, “We want people to be innovative and creative, and it’s a competition using cardboard that way.”

Kensington is currently the only Metropark with snow machines on their sled hills so Suender says the races will take place whether Mother Nature cooperates or not. Materials have been donated to allow people to create their own sled if they can’t in advance. At the hill will also be a Legoland Discovery Center and warming hut with hot chocolate and concessions. The other half of the event will take place at the farmhouse. Several activities and games are planned, along with the petting zoo being opened. A link to find more information can be found below. (MK)