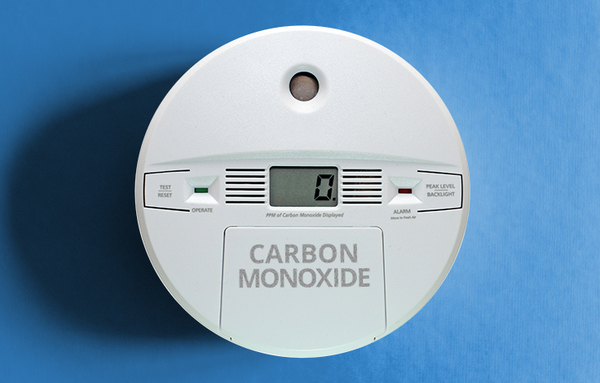 
Carbon Monoxide Safety and Awareness Week is underway across Livingston County and the state of Michigan.

Governor Gretchen Whitmer has proclaimed October 26th through November 1st as Carbon Monoxide Safety and Awareness Week in Michigan and Consumers Energy is again working to educate people about CO signs and symptoms. Carbon monoxide is referred to as “the invisible killer” because it is an odorless, colorless, tasteless and poisonous gas produced by the improper operation or ventilation of fuel-burning appliances. That can include furnaces, water heaters, ovens, fireplaces, fuel space heaters, generators, charcoal grills and vehicles. Each year, more than 140 people are hospitalized in Michigan due to CO poisoning, with more than 400 dying each year across the United States.

Consumers Energy Public Information Director Debra McIntyre-Dodd tells WHMI generally the whole winter season is a big carbon monoxide safety and awareness time for Michiganders. She says they recommend having furnaces are inspected by a qualified technician to get things tuned up and ready for winter to make sure everything is in good working order as carbon monoxide poisoning can occur almost anywhere and signs of CO poisoning often mimic the flu. Symptoms can include headache, dizziness, nausea/vomiting, fatigue, shortness of breath, confusion and stinging/burning of the eyes.

McIntyre-Dodd stressed the importance of having at least one working audible CO alarm in a home, business, cabin, boat and even deer blinds or ice shanties. She says now is a good time to get furnaces inspected by a licensed technician and it’s recommended that furnace air filters be changed at least once a month during the winter season – but more if someone has pets to make sure it runs at peak efficiency and operates correctly. McIntyre-Dodd said it’s also good idea to have chimneys or vent pipes inspected to make sure there are no obstructions like leaves or bird nests that could cause a CO problem.

McIntyre-Dodd says they recommend purchasing a UL-listed audible CO alarm - meaning Underwriter Laboratory listed indicating they have been tested and approved. She says it’s important to make sure the alarm is audible that way if a CO problem occurs, it will alert via a loud alarm like a smoke detector. If an alarm ever does sound, McIntyre-Dodd says they recommend people get out of the area, call 911 and do not re-enter the home or business until it has been checked and declared safe.

More information on carbon monoxide safety is available in the attachment and web link.