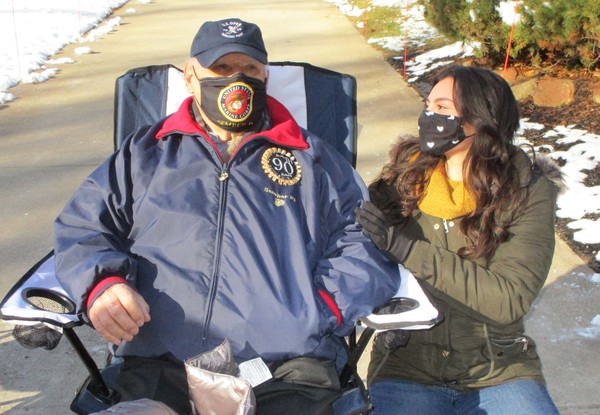 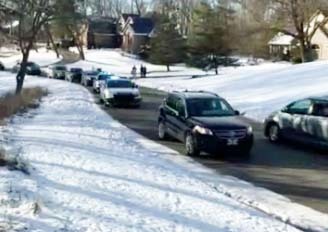 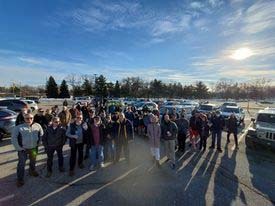 
A local Korean War veteran who celebrated his 90th birthday Saturday had no idea he going to be treated to a motorcade of well-wishers driving by in front of his Hamburg Twp. home.

They were waving, cheering, and stopping to drop off birthday cards and other gifts. Gino Gervasi - born in Detroit and raised in the downriver suburb of Melvindale - was beaming from ear to ear as he waved at the cars going by in the long procession. Saying he “couldn’t believe” what the fuss was all about, to Gervasi, the tribute was a total surprise. He received numerous cards from people he didn’t even know, saying that he was touched by the sentiments expressed inside the cards. One person even gave him a package of those favorite Italian staples — salami and provolone. Another admirer — a Korean-American woman — baked him a birthday cake with the American and South Korean flags on it, Gervasi saying that it brought tears to his eyes.

The parade was organized by next-door neighbor Laurie Gaiss, who said Gino was just about the nicest person she had ever met and a wonderful neighbor, and she wanted to do something to honor him and his service. The son of Italian immigrants, Gervasi was in the 3rd Marine Division, 2nd Battalion, in 1953 and ’54. He said he did nothing heroic but served his country honorably. After the war he became an engineer, working for Ford Motor Co., and was one of the engineers who worked on development of the compact Ford Falcon car.

Upon retirement, he and his family moved to Hamburg Twp. in 1992. He says he loves Livingston County and its people, saying that, “If the rest of the country was like this, we’d be in good shape.” Gervasi's been a widower twice, with his second wife having passed away three years ago. Asked if he’d consider getting married again if the right person came along, Gervasi replied that, at his age, “Twice is enough.”

Gervasi has 8 children, 16 grandchildren and 2 great-grandchildren — the majority of whom were celebrating with him at his surprise birthday celebration Assisting in making arrangements for the event was Bryan Bradford and the Veterans Connected group whose mission is “Connecting Veterans, families and resources and events to build the community.” Their Facebook page is linked below.