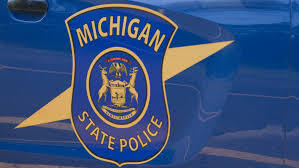 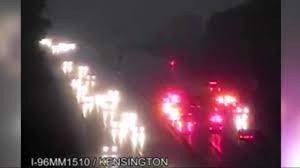 
As many as nine people have been arrested after Michigan State Police troopers from two separate posts pursued two groups fleeing eastbound on I-96 from Kensington to Grand River.

Police believe the groups were driving new cars from the GM Lansing plat that were swiped earlier this morning.

Deputies from the Livingston County Sheriff’s Office, Metroparks Police and the Brighton and Metro North State Police Posts were involved. At one point a state police helicopter arrived overhead.

It’s believed each group was driving two to four cars each. One person crashed on I-96 at Kensington Road and fled on foot. Nine others were taken into custody.

No injuries were reported.