Candle Possible Cause Of Friday Fire In Fenton 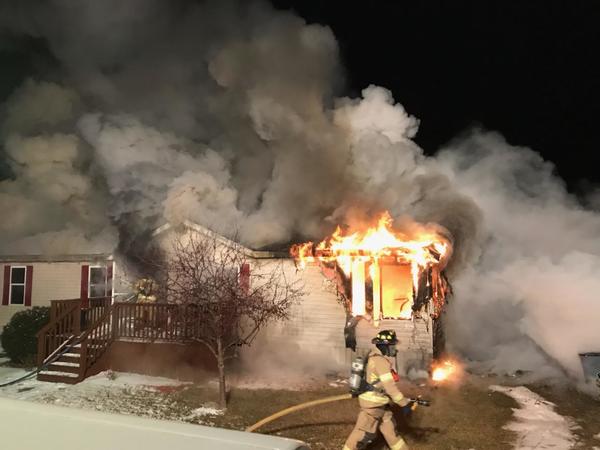 A candle is believed to be the cause of a fire that destroyed a home in Fenton.

The fire was reported around 9:30pm last Friday at a home on Laurel Leah in the Fenton Oaks manufactured housing community. Two occupants were inside at the time but managed to safely escape and avoid serious injury. The home is likely considered a total loss and some neighbors had to be evacuated for safety purposes. The Fenton City Fire Department responded and was assisted on scene by the Fenton Township and Linden Fire Departments. The fire has since been ruled accidental and may have started from a candle that was left burning.

Fenton Fire Chief Bob Cairnduff tells WHMI crews were on scene until around 12:30am. He says it was extremely cold at the time of the fire and firefighters had to deal with freezing water and trying to keep their fire hoses from freezing. In temperatures like we are experiencing now, Cairnduff noted that whenever they use a fire hose they have to leave it cracked open and flowing water or else it will freeze almost instantly. Photo: Fenton City Fire Department. (JM)