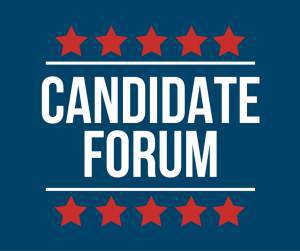 Several community groups have again come together to host a candidate forum next week in Hartland.

The forum is being held in advance of the November 6th election and will take place on Thursday, October 18th at 6:30pm in the auditorium of the Hartland Educational Support Services Center on M-59. It is being sponsored in part by Voter’s Voice, the League of Women Voters Brighton/Howell area unit and the Howell, Brighton and Hartland chambers of commerce along with The Livingston Post and WHMI.

Among the races to be featured is that for the 8th Congressional District, with Republican incumbent Mike Bishop and his challengers; Democrat Elissa Slotkin and Libertarian Brian Ellison. Also featured will be candidates for the 42nd District State House seat, Democrat Mona Shand and Republican Ann Bollin; the 47th State House seat, where Republican Incumbent Hank Vaupel is being challenged by Democrat Colleen Turk and 22nd State Senate candidates, Republican Lana Theis and Democrat Adam Dreher.

The evening will conclude with the two candidates running for the newly created 44th Circuit Court seat; Dennis Brewer and Suzanne Geddis. (JK)