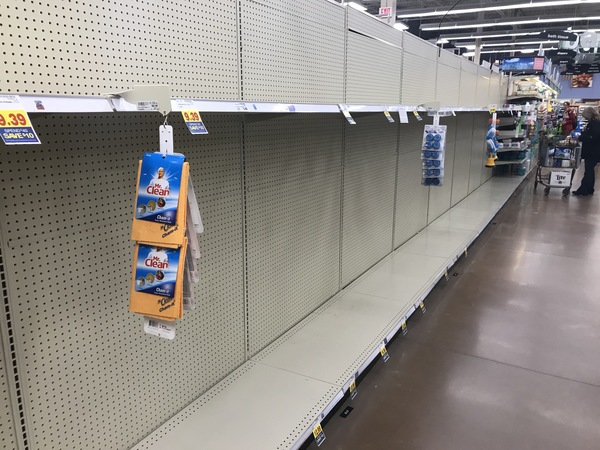 
News that coronavirus (COVID-19) has appeared in Michigan is created a ripple effect of cancelations, precautionary measures and even apparent panic-buying.

Following Gov. Whitmer’s declaration of a state of emergency late Tuesday after the confirmation of two COVID-19 cases in the state, the reaction has been quick in many sectors to try and deal with the issue. Locally, a joint statement from all of the superintendents of Livingston County’s public school districts, says that effective immediately all school field trips and school-sponsored travel have been suspended until further notice. Also suspended are all assemblies and performances in area schools involving participation by the general public as well as all community meetings and community education programming, with the exception of before/after school childcare, preschool, and daycare programming, which will remain open. All athletic events will continue in accordance with guidance issued by the Michigan High School Athletic Association, which has said it will decide by 10am today how it plans to proceed in regards to state tournaments heading into the weekend. The complete statement by the superintendents is posted below.

All of Michigan’s public universities are suspending or canceling in-person classes and switching to online formats as they aim to help stop the spread of coronavirus in the state. Michigan State University took the lead in making the announcement, but was quickly followed by the University of Michigan, which included its Flint and Dearborn campuses, as well as Central Michigan, Wayne State, Eastern Michigan, Western Michigan, Saginaw Valley, Grand Valley, Ferris State, Northern Michigan and Michigan Tech. Oakland University also made a similar announcement. Each of the schools has set up different protocols, most of which involve switching to an online learning format for the remainder of the semester.

Also, the organizers of the Pinckney St. Patrick’s Day Parade have announced that they have canceled the event set for this Saturday.

Meanwhile, many local grocery stores were inundated by shoppers Wednesday who cleaned out entire stocks of toilet paper, while also stocking up on food supplies.