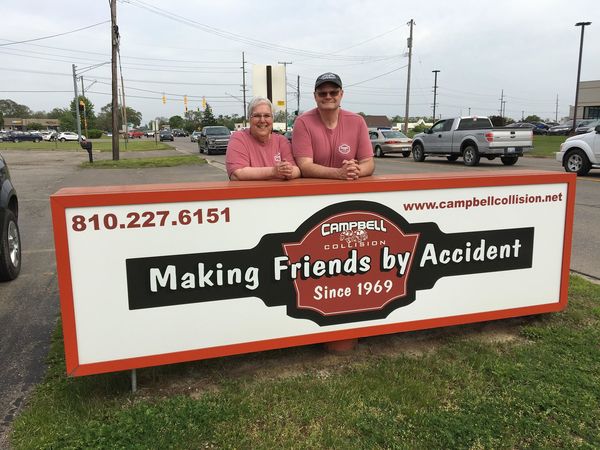 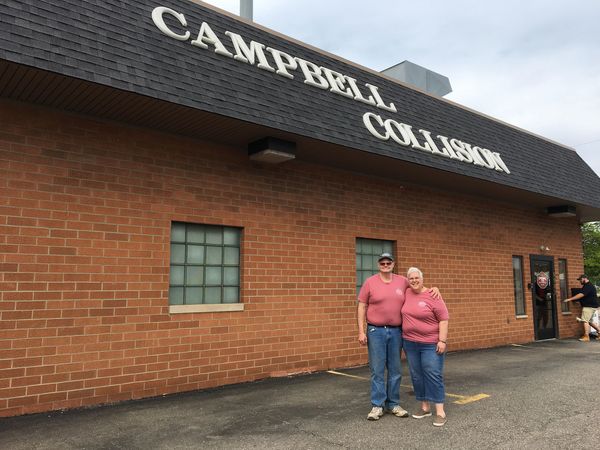 A Brighton-based collision repair shop has much to celebrate in its journey from humble beginnings to now 50 years of serving the community.

Robert Jr. had grown up in the Hartland area and Donna brought an accounting background with her, making their business one of experience, knowledge and love for the community. Donna says they like to set themselves apart in providing quality customer care, keeping in mind what their customers are dealing with when they come to Campbell’s for help. She adds, "All of my staff has been here a long time. They're very good at taking people through that process and educating them because most people when they get in an accident, they're upset."

Donna goes on to say, "We look at it like, we can fix your car. We can’t fix the person, but you’re okay. So I think they like that compassionate side to us.” Campbell Collision employs about 15 staff members at its Brighton location. Robert Campbell Jr. reflects on how times have changed since the beginning of the business, like how the advancement of technology has taken tasks like writing estimates by hand to what is now a quick and electronic process. He points out methods of measurement that now use the precision of lasers instead of a good, old measuring tape.

Still, he says, the ideals held by Campbell Collision remain the same, even 50 years later. He and Donna joke about Campbell’s humorous but true slogan, “Making Friends by Accident since 1969”; agreeing that while the circumstances are often unfortunate, the connection they’ve made with the community is one that has and will stay with them. Donna guesses Campbell's has at least three generations of many families they've fixed cars for.

The Campbell’s outreach extends beyond automotive repair as they are involved in community groups like the Brighton Optimist Club and, in their free time, are dedicated to philanthropic and volunteer work benefitting the area’s residents. They offer their sincerest thanks to community members for their many years of support and look forward to continuing to serve them. (DK)