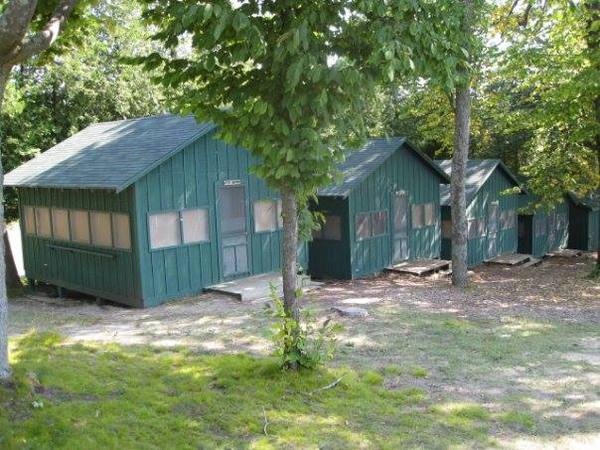 The Michigan Department of Natural Resources is hoping to help turn a now-closed Putnam Township Girl Scout camp into an equestrian-lover’s destination.

President Elect of the Michigan Horse Council, or MHC, Jean Ligon was in Marion Township for a presentation, invitation, and request of the Board of Trustees, Thursday night. Ligon, who also sits on the Putnam Township Planning Commission, told the Marion Board that the MHC was approached by the DNR about running facilities on the 995-acre Camp Innisfree near the Putnam-Marion border. The DNR believes the camp could be transitioned into a premier horse camping facility. Ligon said that if the project is to happen, it would be Michigan’s first, and the DNR wants it to be a showcase. The camp has 2 private lakes, 3 houses, 8 cabins, and stables for 52 horses. It has roughly 7.5 miles of trails that could be connected to the Lakeland Trail, Iron-Belle Trail, and nearby state recreation areas.

The DNR is considering buying the land from the Girl Scouts at market value of around $10-million. Ligon said the potential sale is bittersweet for the Girl Scouts as it is a beloved camp, but dwindling enrollment has made it difficult to maintain.

Ligon said the MHC is not used to running operations like this and is in the earliest stages of planning. A feasibility study has been recommended but will cost the non-profit an estimated $80,000. To help narrow the focus they are holding a workshop for potential stakeholders at the camp on March 28th. She invited Marion officials to come out, to which Supervisor Bob Hanvey said they could probably expect. Ligon said the goal is to see what they can and can’t realistically do along with ways to bring in revenue to support operations. The work shop costs $8,000. The MHC and Putnam Township have already pledged $3,000 each towards it. Ligon asked the Marion Board for $1,000, but Hanvey said they needed to look into the legalities before they could commit township funds.

Ligon estimated that, right now, for the MHC to fully prep and set up the camp for supporting itself, it would require a $1 million to $1.5 million investment. She called it a “really minor investment” for all that it could bring to the community. (MK)