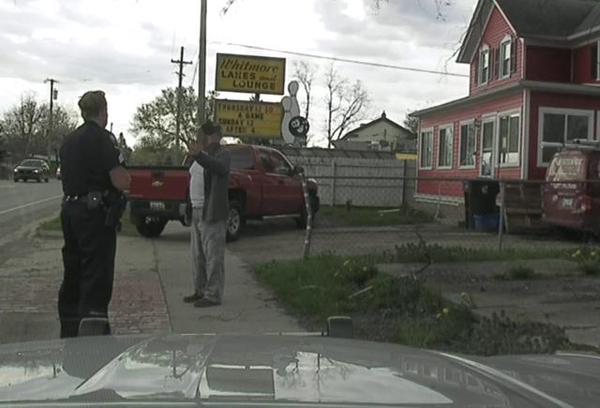 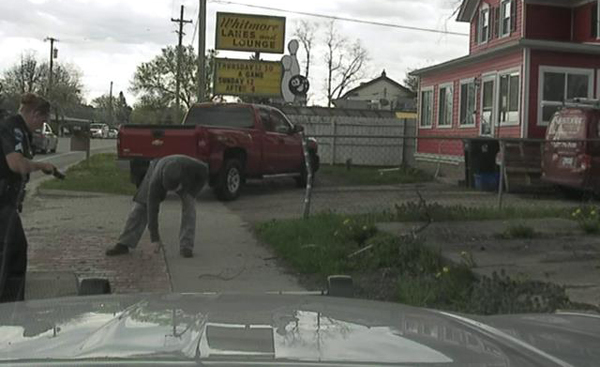 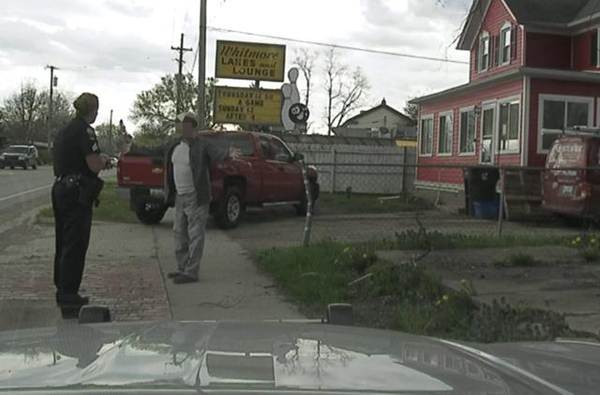 A Hamburg Township police sergeant received help from bystanders when she was caught in a battle over a knife carried by a man who had attempted to flee from the officer.

The incident began on Main Street in Whitmore Lake when the suspect, who had fled from authorities after being referred for a psychiatric hold, traveled west in a red pickup truck. After turning onto Barker Road, the truck made a U-turn in a parking lot, at which time Sgt. Megan Paul engaged her sirens. The truck then fled east down Main Street before turning onto the front lawn of a house adjacent to Whitmore Lanes bowling alley. Police vehicle dash cam footage obtained by WHMI from the Hamburg Township Police Department shows the suspect getting out of the car while Paul instructs him to show her his hands. The man is then seen approaching Paul and appears to be shouting at her angrily. The exchange continued for a couple of minutes before the suspect went to the driver’s side of the truck, opened the door and appeared to reach or attempt to get back inside of the truck. Sgt. Paul followed the man to the side of the truck, where a scuffle ensued as the two reportedly wrestled over a knife that was in his belt.

Not long after, two citizens carrying cell phones appeared and asked Paul if she needed help, while a motorcyclist pulled up alongside the truck. The motorcyclist, later identified as Ray Bolis, ran toward Sgt. Paul and the suspect and asked the officer what he could do to help. Paul instructed Bolis to “get the knife”; however he was unable to locate it. Paul then found the knife and tossed it behind her. With the help of Bolis and the other residents on scene, Paul was able to subdue the suspect.

Sgt. Paul was thankful for the bystanders’ help and Chief Richard Duffany echoed her gratuity adding, “…our police department enjoys a tremendous amount of support from the community and this display of support where citizens disregard their own safety to come to the aid of an officer is appreciated by our officers more than words can say.” The case is being handled by the Northfield Township Police Department. The suspect’s identity is being withheld pending arraignment. (DK)