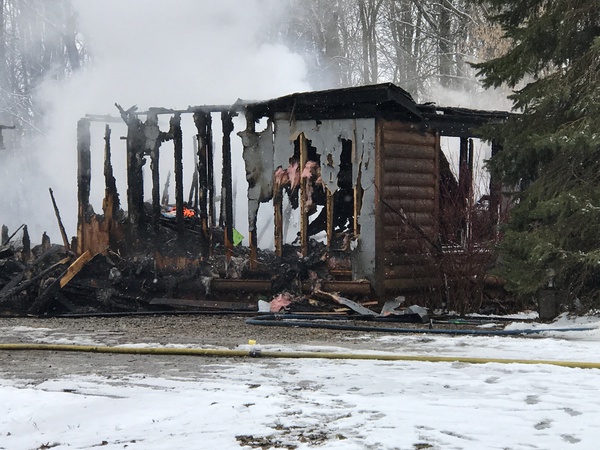 A home is a complete loss following an afternoon fire in Cohoctah Township.

The Howell Area Fire Department was dispatched around noon to the fire at a home on Byron Road, south of Cohoctah Road. Fire Chief Andy Pless says when crews arrived on scene, fire was already coming through the roof of the approximately 1,500-square-foot log cabin style ranch. Pless told WHMI the floor is completely gone, so they had to work around the outside edges of the home. The home is situated about one mile off the road. A neighbor noticed the fire and called 911 but by the time crews arrived, fire was already through the roof. It was brought under control in about 20 minutes but crews remained on scene for a couple of hours doing overhaul.

The family of seven, two adults and five children, is displaced and was being assisted by the American Red Cross. At least one dog perished in the fire but there were no other injuries reported. The cause is under investigation. (JM)