Burchfield Re-Elected President of Brighton Board of Education 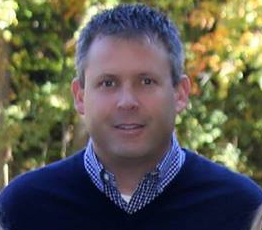 The Brighton Board of Education re-elected the same slate of officers for the 2020 year as it had in 2019, led by Board President Andy Burchfield.

Burchfield, who is a Brighton High School graduate, will be serving his fourth consecutive term as board president. The entire slate of officers was re-elected Monday night, with Burchfield returning as president, Alicia Reid as vice president, Roger Meyers as secretary and Bill Trombley as treasurer. Burchfield tells WHMI that beginning the process of implementing the $59.4 million bond issue that passed in November is one of the board's top priorities for the coming year.

Burchfield’s "day job" is as director of Emergency Management and Dispatch Services at the University of Michigan. Burchfield said he is glad there will be no changes on the board or among its officers this year, saying all are excellent trustees, and all are committed to doing what’s best for the school district, its students, teachers and the community at large. (TT)