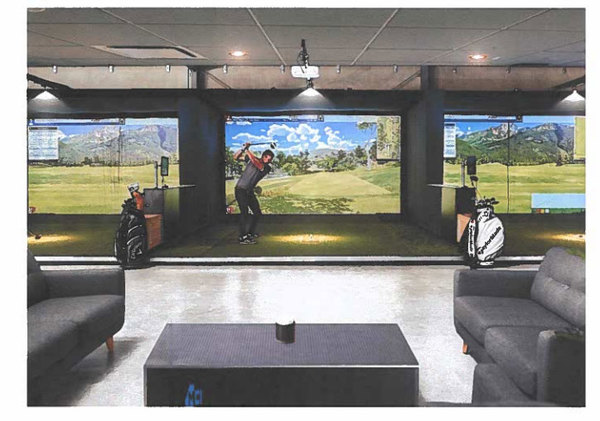 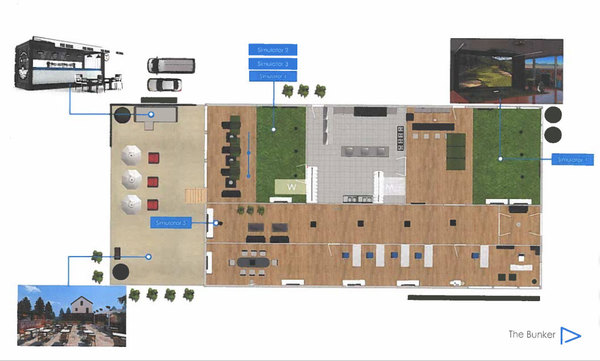 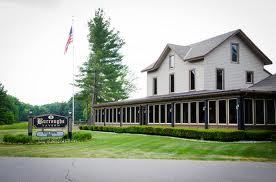 A vacant restaurant that has changed hands often over the years is getting new life with an indoor niche recreational venture.

“The Bunker” is being proposed in the old Burroughs Roadhouse restaurant located at 5331 Brighton Road, which has seen a bit of turnover over the years with different restaurants. It’s located next to Oak Pointe Golf Course and Country Club. The interior of the building is being renovated to incorporate golf simulators and office space, while the inside bar and outdoor entertainment area will remain. The kitchen will also stay but is said to need a fair amount of work and would serve more of a light-fare menu, versus full restaurant options. The project is being proposed by Andrew Lerch and Kevin Johnston, who attended Monday night’s board meeting where final approvals were granted. Some final revisions are being worked through with architects on the design plans but the project overall will be less intensive than the prior use. Treasurer Robin Hunt commented she hopes it works out as the building hasn’t had a very good track record and she’s looking forward to something different.

Supervisor Bill Rogers says they’ll maintain the bar and the outdoor entertainment facility but the inside will essentially change to multiple golf simulators and would be open year round. He tells WHMI it’s kind of a big change being next to a golf course, adding the last few restaurants didn’t work out and it’s been sitting there for a while so the project is encouraging. He says it will be interesting to see how it does during the summer and what kind of activity they get but feels with the entertainment component outside, they’ll have something transitional to keep operations flowing pretty well. Rogers says it’s exciting and nice to see something there, adding they’re fixing up the building and just having the offices on site will help with maintaining the property from here on out. No time-frame for opening was discussed but Rogers anticipates they’ll be working on things steadily throughout the winter and would expect it to open sometime next year.

The board granted final approvals for the special use, environmental impact assessment and site plan but with some conditions for items that will need different approvals from the township including signage and future improvements. (JM)