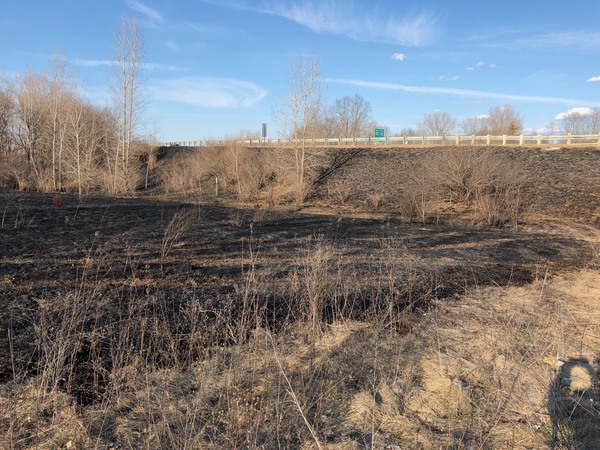 Authorities say a brush fire near the I-96 and D-19 interchange is under control.

The fire began early this afternoon outside of a Marion Township residence on Peavy Road, south of the freeway. Howell Fire Chief Andy Pless tells WHMI wind caused the fire to grow, spreading to approximately 100 acres. Flames eventually neared the road, prompting the closure of D-19 to traffic south of I-96.

Pless reports there were no injuries or structural damage. Pless says the brush fire is now under control and D-19 has reopened to traffic. The Howell, Brighton, Fowlerville, Putnam and Hamburg Township fire departments all responded to the scene. Further details have not yet been released.